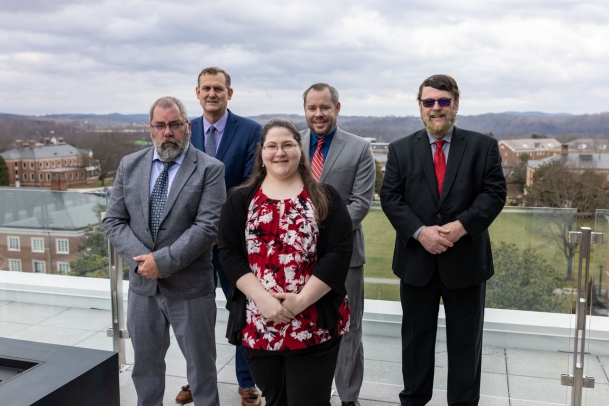 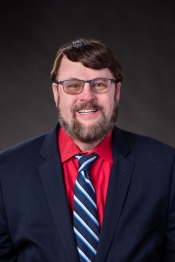 John joined the Foundation in October of 2010 as the Executive Director (now CEO). John is a graduate of LeMoyne College in Syracuse, New York and practiced as a Certified Public Accountant in New York State. Prior to joining the Foundation, John served as the Chief Financial Officer for several non-profit organizations in New York and Massachusetts.

John has more than thirty years of experience in managing the fiscal affairs of non-profit organizations, and he has extensive experience working with donors, especially during his tenure as a VP/CFO at a United Way in upstate New York. John and his wife (Ann Marie) reside in Riner.

Since joining the Foundation, John has been an active member of the Radford Noon Rotary Club, serving as President of the Radford Club for the 2018/2019 year and the 2020/2021 year, and currently serving on the Board of Directors. John also serves on the Boards for Onward NRV, Radford Fairlawn Daily Bread and the State of Virginia Chamber of Commerce. 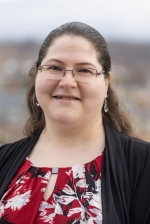 Lara joined the Foundation in March 2017 as the Administrative Assistant to the Executive Director. Prior to her employment at the Foundation, Lara gained secretarial knowledge and computer skills while she was employed as the Administrative Assistant at her church in Tioga. During her employment with her church, she also worked part time as the secretary for a friend’s Financial Advising business.

Lara was born and raised in Tioga, Pennsylvania, a tiny, rural town in north central Pennsylvania. She married her husband Chip in the fall of 2016 and relocated to Pulaski, Virginia. Lara has a fascination for flowers, and she holds a diploma in floral design. Since joining the Foundation, Lara became a Commissioned Public Notary for the Commonwealth of Virginia. Lara is happy to work for the Foundation and is eager to learn about the people and places in her new home. 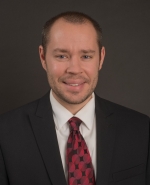 Derek joined the Foundation in September 2014 after eight years working in the public accounting sector. He received a Bachelor of Science in Business Administration with a concentration in Accounting from Concord University.  Derek is also a Certified Public Accountant licensed in West Virginia.

During his professional career, Derek worked for a regional public accounting firm servicing clients in a wide array of industries, including financial institutions, manufacturing and non-profit foundations.

Since joing the Foundation Derek has been enjoying a good work-life balance and experiencing the attractions of the New River Valley with his two daughters. 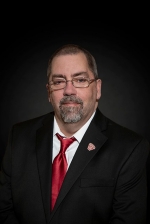 Jeff joined the Foundation in December 2017.  Previously Jeff worked as a medical office and building manager in Pulaski, VA .

Jeff graduated from Radford High School and after serving in the U. S. Air Force returned to the New River Valley because “it is and always will be home.” Jeff decided to follow his dream and returned to school, receiving his Master of Science in Accountancy from Liberty University in 2009. Jeff has a wonderful support system at home, being happily married for 22 years with 4 children and 5 grandchildren. Jeff is excited to work for the foundation that supports his hometown University. 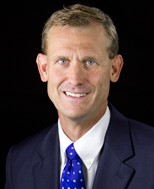 Prior to coming on board with the Foundation, Doug was the General Manager of a full-service commercial real estate firm based in Martinsville, Va., that controlled more than 2 million square feet of mixed-use real estate in three states. Before that, he spent 10 years working on the NYSE and the American Stock Exchanges in NYC trading equities and options for institutional customers. Doug has a B.A. degree in economics from Lynchburg College and did graduate-level studies at Virginia Commonwealth University. He is the father of two children and enjoys snow skiing and sailing.