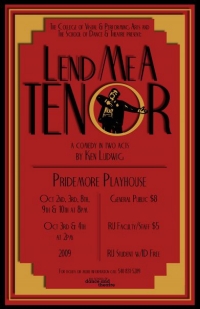 Lend Me a Tenor by Ken Ludwig

It’s just hours before the Cleveland Opera Company’s Gala Fundraiser and superstar Italian Tenor Tito Merelli is not to be found! Throw in a fiery Italian wife, a sultry soprano, opera-singing bellhop, the hotheaded opera manager along with some tranquilizers, lots of slamming doors and a nice glass of Chianti and mayhem ensues, as “the show must go on!” This sidesplitting farce has been called a “…furiously paced comedy with more than a touch of the Marx brothers …” and “hilariously over the top.” 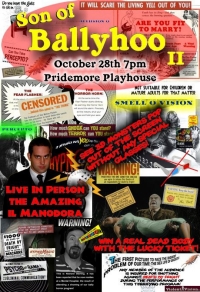 Bally…who? Not a “who” but “what”, “ballyhoo” was the gentle art of luring people to the movies using gimmicks so amusing they wouldn’t be upset when they realized the ruse. Our resident cinema guru Ted McKosky leads an illustrated talk on the colorful history of this practice, which includes the likes of P.T. Barnum, motion picture pioneers, Kroger Babb and William Castle, “Emergo” and “Smell-O-Vision”. Be warned: We’re going to scare the “yell” out of you!

Recommended for mature audiences—and the strong of heart. 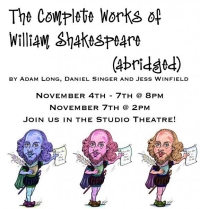 The “Swan of Avon” meets “silly” as three RU actors deconstruct all of Shakespeare’s plays in a single evening of high-energy comedy. Originally created by The Reduced Shakespeare Company, The Complete Works of William Shakespeare (abridged) is a roller-coaster ride of hilarity, so fasten your seat belt! 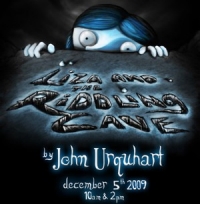 Liza and the Riddling Cave by John Urquhart

Liza isn’t like other little girls. Since the day she was born she hasn’t spoken a word and no one but her brother Jacob seems to understand this strange child with a surprising talent for solving riddles. When their father goes missing in the mysterious caves of Ice Mountain, Liza knows it is her job to bring him home. Come with Liza and Jacob on their adventure through the Appalachian Mountains to discover --“Everybody’s got gifts…everybody”. 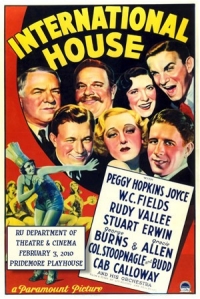 Released just prior to the institution of the notorious Production Code, International House, features an unlikely combination of stars - Rudy Vallee, Cab Calloway, Burns & Allen, W.C. Fields and Bela Lugosi- to name a few. The story centers on a six-day bicycle race and a television system that requires no transmitter. But, alas, the plot has little to do with the onscreen madness. With its double entendres and scantily clad beauties this A. Edward Southerland film may well have been the final straw for censorship advocates! 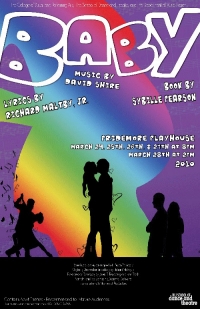 We’re expecting! That is, we’re expecting you to join us for Baby. This tuneful, touching musical gem shows a trio of couples—each at a different stage of their relationship—as they face the joys and travails surrounding the universal experience of life’s beginning. 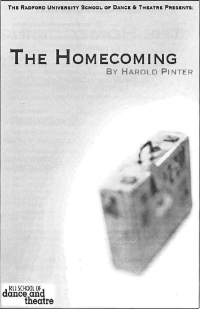 The Homecoming by Harold Pinter

After six years in America, Teddy returns to London and family with his new wife. The happy reunion, however, quickly turns sour as a series of betrayals and revelations rock the foundation of the family. This stunning drama by Nobel Laureate Harold Pinter asks what home and family really are. 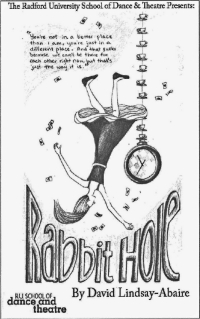 David Lindsay-Abaire’s Rabbit Hole tells of a married couple who find themselves stuck in a vortex of grief and guilt following the devastating loss of their 4 year-old son. Just like the Wonderland Alice tumbles into, their tragedy’s aftermath is an upside-down world where nothing is as it seems and those who pass through will never be who they were. This Pulitzer Prize-winner is a gripping story of how loss is complicated by good intentions and the very different ways we grieve. 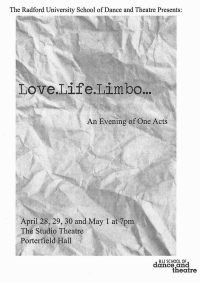