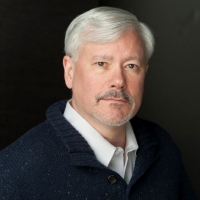 Wesley Young, teacher, director, actor, has called Radford University his artistic home since 2000.  Here, he teaches directing, acting, voice, heads the performance program, and mentors aspiring theatre artists. Among the shows he has directed at Radford: Oklahoma!, The Importance of Being Earnest, Anything Goes, The Way It Has to Be (World Premiere), Spinning Into Butter, God of Carnage, Medea, Pippin, Cat on a Hot Tin Roof, featuring Sally Struthers, Fifth of July (also with Ms. Struthers), The Lion in Winter with Bridget Hanley, and the infamous The Best Little Whorehouse in Texas with Broadway veteran Susann Fletcher-Smith. Young has appeared onstage at Radford several times himself, most recently, as The Drowsy Chaperone’s Man in Chair.  Other roles include Rothko in Red, and his favorite role, Irish wit and dramatist Oscar Wilde in Diversions and Delights. He has been seen over the years as Herr Drosselmeyer in Radford University's Nutcracker, and at Mill Mountain Theatre (Big River, Into the Woods). Young has worked extensively with other disciplines at Radford-- coaching, staging simulations, producing, working with student choreographers, conductors and musical directors, even collaborating on original music. He was a selected participant in the 2014 Kennedy Center Directors Lab.

Wesley is artistic director of Porterfield Ensemble, which travels to schools and community venues throughout Virginia. With the Ensemble he wrote Powder, Pies, and a Place to Call Home. Other writings: Poe: Dark Genius, Troubled Life, and We Are From Her. He is also co-author, with Kathleen Harvey Harshberger, of Walk to Freedom: the Mary Draper Ingles Story.

He is a founding member of Public Theatre of Kentucky, in his hometown Bowling Green, Kentucky. Wesley is a Past President of Virginia Theatre Association, a member of Actors’ Equity Association, the Stage Directors and Choreographers Society, The Kennedy Center Directors Lab, and Southeastern Theatre Conference. For the Department of Theatre, he chairs the personnel committee and is liaison to McConnell Library. Young holds an MFA in Acting from The University of Alabama and a BA in Theatre from Western Kentucky University.

CLASSES MOST FREQUENTLY TAUGHT: Wesley has taught several classes across the performance curriculum. Currently, he regularly teaches the directing classes, Improvisation, Survey of Drama, Porterfield Ensemble, and Voice and Speech.

His CV is available here.