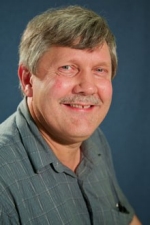 Richard Dunham is a scenic and lighting designer who has previously designed/taught at the University of Central Florida, Stephens College, Vanderbilt and SUNY at Stony Brook. He was the lead scenic/lighting designer and Head of Design for The University of Georgia for nineteen years before coming to Radford University. He is active in the national leadership of USITT (United States Institute for Theatre Design and Technology) and is a Fellow of the Institute.  He currently serves on the Grants and Fellowship Committee (chairing it from 2008-2017). He is a former Board Member and was Co-Commissioner of the USITT Lighting Commission from 1998 to 2006.

He is author of two well-received lighting texts, Stage Lighting: The Fundamentals (2nd Edition) and Stage Lighting: Design Applications and More, as well as a number of feature articles and reviews for theatre trade publications. He was editor for Practical Projects for Teaching Lighting Design (2nd Edition) Edition) and an advising editor to Projects for Teaching Scene Design and two of his articles have won Herbert D. Greggs Awards from Theatre Design and Technology (TD&T). In addition to performance venues, he also designs architectural and landscape lighting through his design practice of Dunham Design Associates. Within this area he has earned the LC Lighting Certification (LC) and holds memberships in IESNA (Illuminating Engineering Society of North America) and IALD (International Association of Lighting Designers).

His CV is available to view here.