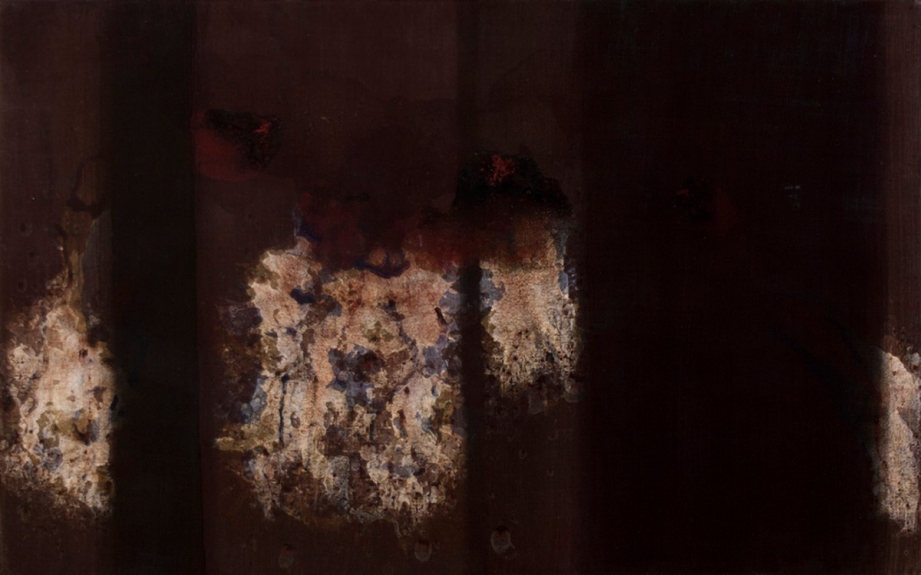 “Elegy to the US Republic no. 5 (after Motherwell)” by Shaun C. Whiteside placed second in the Riverviews Artspace 12th Annual Juried Art Show in the fall of 2020.

Radford artist and Department of Art instructor Shaun C. Whiteside was awarded second place at Riverviews Artspace 12th Annual Juried Art Show. The show was juried by Jeffry Cudlin, a Washington D.C. based artist, critic, curator and professor at Maryland Institute College of Art. The exhibition will be on view from November 6 through December 11, 2020.

Shaun C. Whiteside works with acrylic paint in a style most influenced by abstract expressionism. His second-place entry in the juried show is titled “Elegy to the US Republic no. 5 (after Motherwell).” The artwork is one of a series of eleven paintings created from 2013 to 2017. The first in this series was exhibited in Northern Arizona University's Painting in the World: Reflections on Politics, Violence and Reconciliation exhibition in 2014, and was subsequently added to the university's permanent collection.

Whiteside graduated with a B.A. from Christopher Newport University’s art department in 2007, and received an M.F.A. from Radford University in 2011, where he studied under Dr. Halide Salam. He is currently an adjunct instructor at in Radford’s art program.

Whiteside's works have previously been awarded First Place/Best in Show in:

Whiteside’s work has been published in several periodicals, including twice in the International Painting Annual. Whiteside has exhibited from California to New York, as well as Japan. His works and upcoming exhibits can be seen on his website at: www.scwhiteside.net