Radford Singers to perform at Carnegie Hall in February 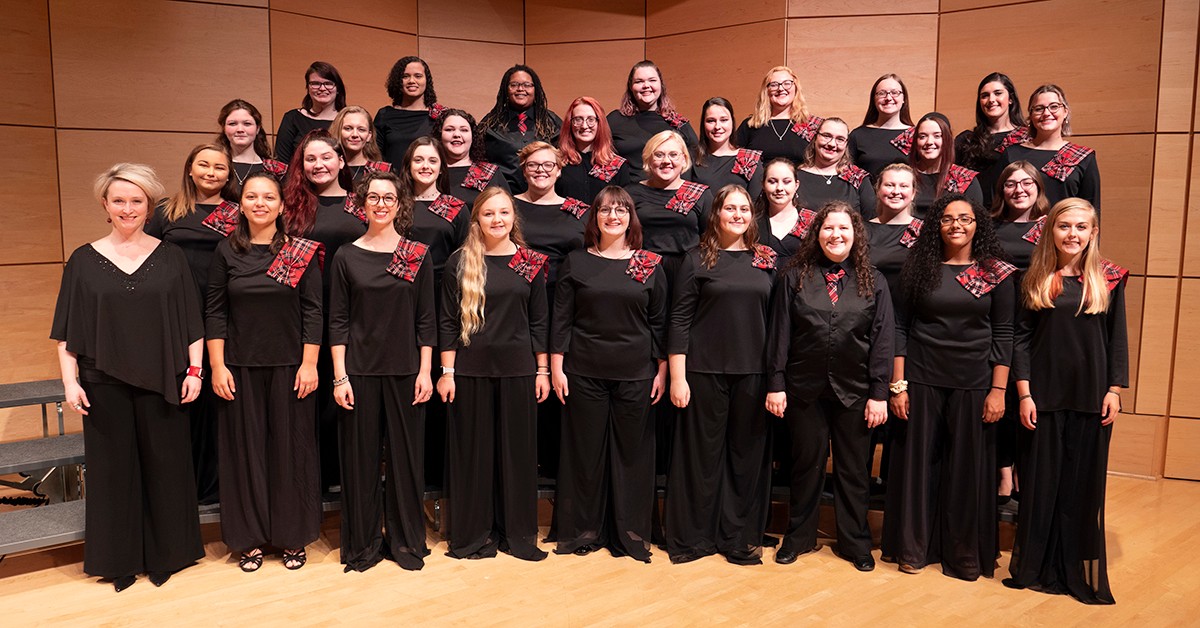 The Radford Singers, an ensemble group in the Department of Music, has been invited to participate in the National Concert Women’s Chorus at Carnegie Hall in New York City on February 16, 2020. Led by Dr. Meredith Bowen, Assistant Professor with the Department of Music, the 36-member group will participate in two performances at the prestigious venue. They will open the second half of the concert with a solo spotlight performance on the world-famous Stein Stage in Carnegie Hall. Their performance will be followed by the Festival Chorus, and The Radford Singers will join conductor Dr. Sandra Snow and composer Dr. Andrea Clearfield, to debut a new commissioned composition with them on the stage.

The Radford Singers solo set will consist of pieces that represent the theme of the concert, “What is Home?” Bowen says that she has chosen music that speaks to the human experience of becoming oneself. The set includes works and writings from international writers, poets and philosophers that have been adapted as music. Each musical piece in the set contains overlapping themes of empowerment and self-worth.

The commissioned performance involves a consortium of thirteen choirs, National Concerts, and a grant from the ACDA Diverse Voices initiative from across the country that have partnered to create this new work either by providing funds or offering creative input. Their plan is to create a total of three new works that will be debuted each year across the next three years.

Bowen says that the impetus for the new commissioned piece is about creating music for women, by women. According to Bowen, there are a lot of women’s choruses in the world, but not a lot of music that speaks to women’s experiences. She says that much of what is out there is predominantly male-focused in terms of subject matter and viewpoints expressed through music. “A lot of it has to do with the male gaze and how women relate to men,” says Bowen. “We want to sing music that is empowering to women.”

The group was invited to be part of the program after Bowen sent a recording of their work to National Concerts, the entertainment company hosting the event. Bowen, who is also a founding member of the professional women’s chorus Mirabai, pooled resources and various connections she has made in the field to make the concert happen.

Bowen also hopes to hold a choral festival at Radford University featuring Andrea Clearfield on campus. Discussions are ongoing for this to happen at a later date.

Students participating in The Radford Singers are understandably thrilled with the opportunity. Sophomore music major Farrah Boothe said "I was elated... What better place to begin than Carnegie Hall? I feel like this is a wonderful experience." Jessy Gahafer, another sophomore majoring in music, said "I feel like it hasn't fully hit me yet what we are actually about to do. I've also never had a solo on a stage like this before so I guess I don't really know what to expect."

The Radford Singers are currently preparing for their performance at Carnegie Hall. The cost for transportation, lodging and the opportunity to experience a performance at the Metropolitan Opera, will be approximately $1200 per student. Donations are being accepted through November 22, 2019 to help reduce costs for students. Anyone interested in donating should visit http://c-fund.us/nql to make a donation.