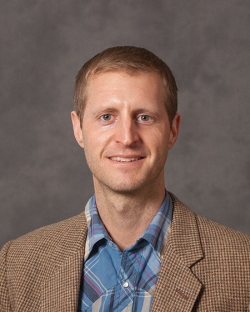 This summer Dr. Stuart Robinson joined the Department of Art as an associate professor and chair of the program. Robinson earned a master’s in art history from the University of Cincinnati and a doctorate in art education from the University of Arizona. His experience in the field is wide-ranging. “I’ve touched on three of the four major disciplines that you typically find in a department of art - studio art, art history and art education,” says Robinson. In addition to overseeing the department, he will be responsible for heading the art education program.

He grew up on a small farm in the Shenandoah Valley and is happy to be back in the area close to his family. Residing in this area has additional advantage of being regionally significant to his interest in Appalachian history and contemporary studies. Much of his creative work centers around Appalachian craft and folk traditions. He says that his transition into that area of expression came about somewhat unexpectedly. During his first faculty position in Missouri, he was asked to head a fiber arts studio connected to the university’s art education program. He admits he did not know much about it at the time, but after diving into the position and learning everything he could about it, he quickly found that he enjoyed working in the medium. “It was an interesting intersection of my life,” he says. “I was thinking a lot about home and started to dig into Appalachian craft and some traditions in the eastern regions of the United States.” After doing considerable research, the result was a series of hand-sewn works that combine traditional Appalachian craft with contemporary twists.

According to Robinson, his work depicts Appalachian and southern experiences that have emerged from negotiating life amid economic, cultural, political and environmental factors. His process for creating original artwork begins by researching Appalachian history and current issues. Using theoretical and historical knowledge, he then blends traditional techniques and contemporary concepts into forms of art. His more recent work has been focused on installations and since much of his work is hand-sewn, the process of creating original works can take time. In 2019 he completed an installation focused on hookworm infections and their historical impact on the southeastern United States. Robinson says that after the Civil War and through the 1950s the disease devastated the American South. Its debilitating effects on the populace contributed to the formation of stereotypes of southerners as slow and dim witted when, in fact, they were exhibiting signs of anemia. His installation consisted of a number of artistic pieces which enhanced awareness of the historical significance of the disease and what it was like having to deal with it prior to modern medical knowledge about how to treat it. “I wanted audiences to have both an aesthetic and educational experience when they went through the various components of the installation,” says Robinson. It was an approach that reflects his work as both an artist and educator. 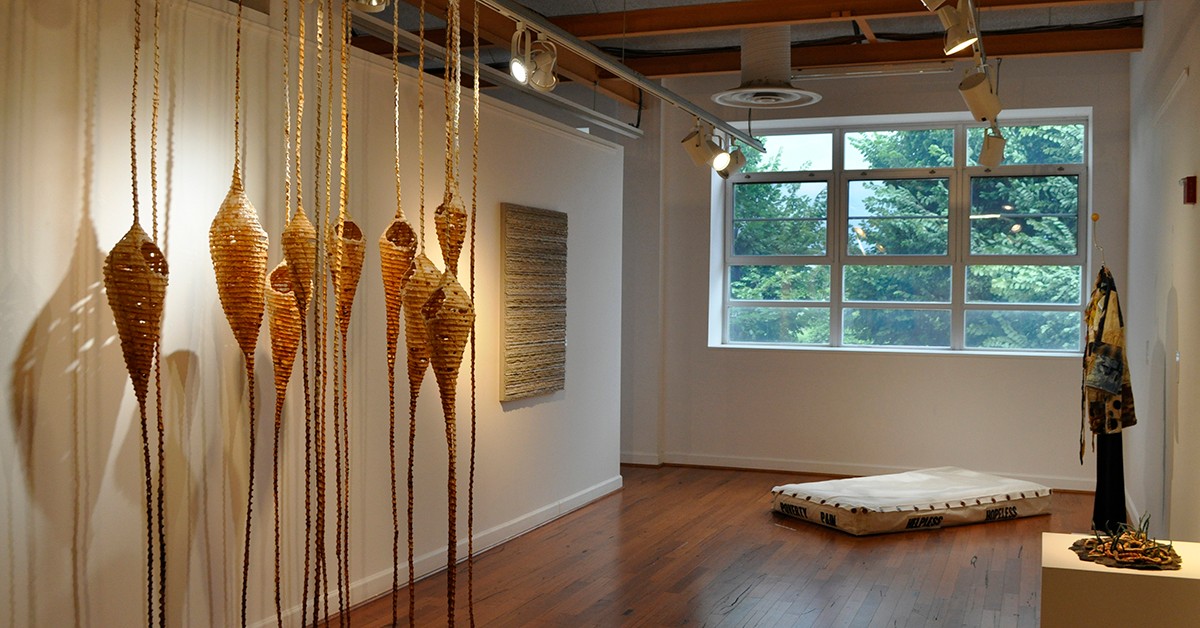 While his original artworks can take as long as three to six months to create, he says he enjoys being able to focus on details and slow down from the hectic pace of teaching and administration in higher education.

Robinson has been hard at work during his first semester at Radford becoming acclimated with the university and the art program. He believes that students going through art studies should have a solid foundation of skills related to their respective disciplines. “As students progress through their undergraduate degrees in art, they should not only be learning hard skills, but they should also be learning independence and self-discipline. By the end of their studies they should be acquiring strong conceptualization and project management skills,” says Robinson. “Students should be exiting our undergraduate programs with a solid concept of self and originality.”

Robinson feels that MFA programs amplify the philosophies of undergraduate art education at a higher level, adding that business skills are a key component to graduate level work. “Being an artist in this age is also being an entrepreneur, especially for those pursuing self-employment. So we want to build business management skills into our curriculum. Students should know what they want to make, how to make it, how to market it, and how to make a living at it.”

Robinson says that he is happy to be here at Radford University contributing to art education. In his short time here he has observed that students bring a lot of positivity into the classroom and that faculty genuinely care about their students. He says that he is discovering what a great place this is to live and work and looks forward to the variety of artistic possibilities on the horizon.