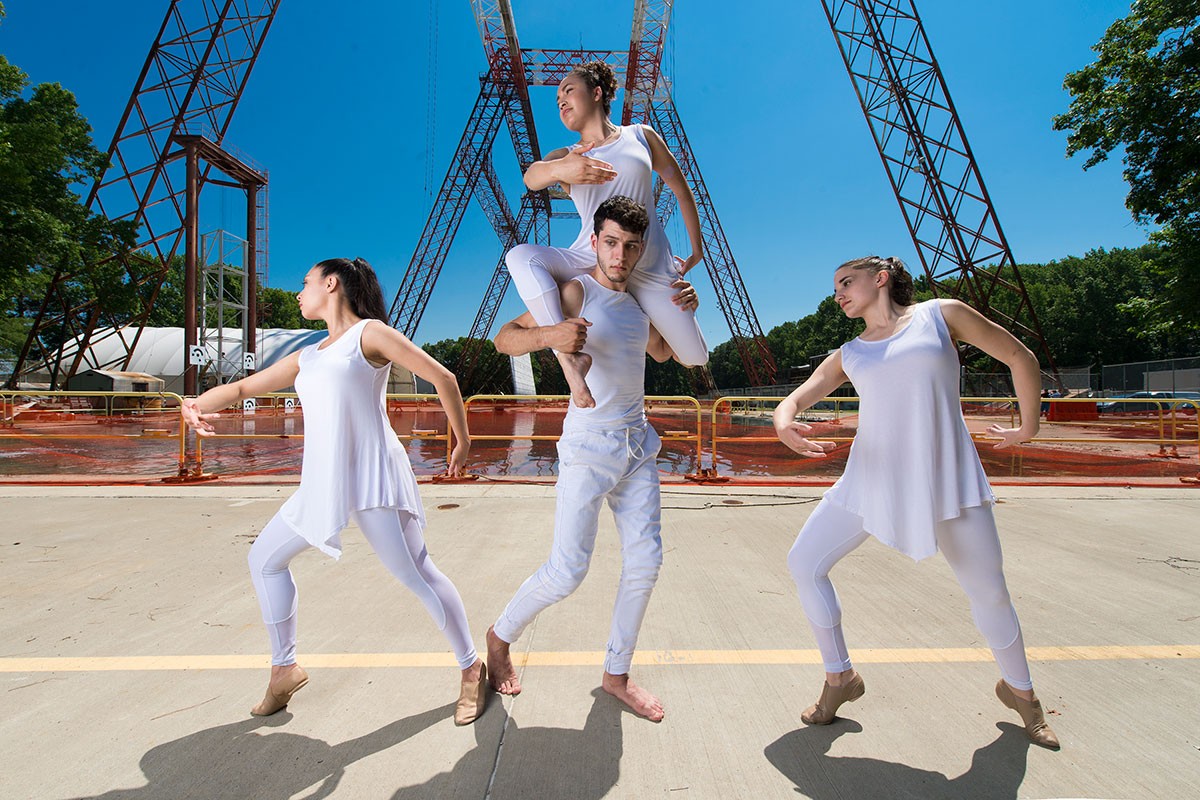 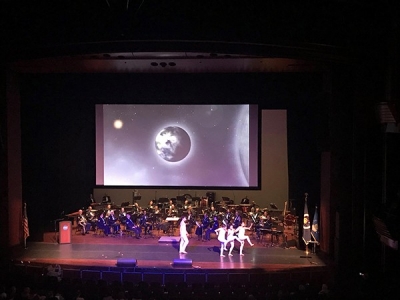 Radford University dance majors performed in a new work, “Remember the Future,” on May 18 as part of the NASA Langley Research Center Centennial Tribute show at the Ferguson Center for the Arts in Newport News, Virginia. The new dance work, choreographed by assistant professor of dance Amy VanKirk, was inspired by the storied history and major accomplishments of NASA Langley Research Center and featured an original composition by Radford graduate David Roth (MA Music) and motion graphics by Radford graduate Heather Walters (BFA Graphic Design).

Students were also given the opportunity to tour the NASA Langley facilities and were featured in a photo shoot by NASA photographers.

The entire experience gave the students the chance to interact with NASA scientists and engineers and learn about the various creative processes they use to solve problems, just as dancers and choreographers do. The NASA employees and community members were impressed by the dancers’ ability to represent the excitement and accomplishments of the last 100 years through movement for this special occasion.