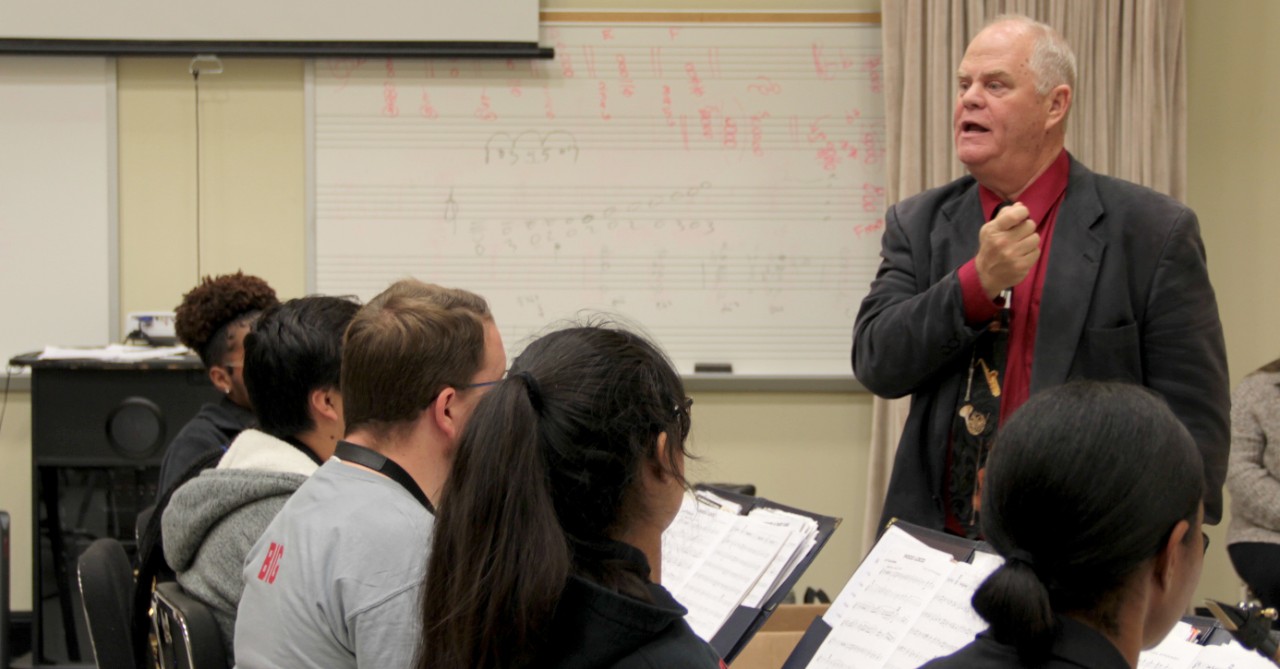 Four years after the horrific on-air murder of WDBJ 7 reporter Alison Parker, her family is still finding ways to improve the lives of people from her hometown of Martinsville, Virginia. Prior to becoming a journalist, Parker was passionate about the arts, performing in dance, music and theater throughout her childhood and adult life. As a way to commemorate Parker's passion for the arts, her family created the For Alison Foundation, a nonprofit organization that supports children involved in the visual and performing arts in Virginia. On Tuesday, November 5, 2019, the For Alison Foundation made it possible for the Martinsville High School Jazz Band to travel to Radford University for a workshop with Dr. Dayl Burnett, an assistant professor in the Department of Music.

Parker was a saxophone player with the Martinsville High School Jazz Band before graduating and pursuing a career in journalism. “She was involved in a lot of things, the jazz band being one of the most important as far as music goes at our school,” said Martinsville High School Band Director Brian Joyce. Joyce says that he remembers teaching Parker music in middle school and he’s glad her parents have created a charity that allows students to get outside of the school and experience the arts.

He was also glad to be able to give his students a feel for the college experience and give them a sample of what a college musician goes through. “I really wanted to get my students on a campus to see what college is all about and get them exposed to college life for a day,” he said.

Martinsville High School senior and baritone saxophone player, Christian Kissee, said that he was excited to learn something new and receive feedback from a college professor. “His teaching style is way different than my other teacher’s, so we can all take something away from this,” said Kissee. He appreciated the bits of information and constructive criticism Burnett gave between the songs as they played.

Along with directing the Radford University Jazz Ensemble, Burnett teaches applied lessons for low brass instruments, music literature and is also director of the Pep Band. He was excited to be able to host the high school students on Radford’s campus. “It's my hope that they’ll be playing better when they leave than before they came, and to possibly spark a little more passion in what it is that they do,” said Burnett.

Burnett also hopes to make the students aware of the many opportunities available to students Radford University’s music program. “I’m all about recruiting,” he said. After being played for for about an hour, Burnett was handing his card out to students saying “contact me when you become a senior.”

Clark Givens, a Martinsville High School senior, plays the trumpet in their marching, concert and jazz band. “I was looking forward to today because we went to Virginia Tech last year and it was a lot of fun,” Givens said. “I was hoping this one would be just as fun, and it has been.”

“I was pretty excited to be around this sort of environment. It's very different from the usual high school scene,” said Katherine Rorrer, a junior trombone player from Martinsville. “It was exciting to play with more experienced people and learn something that I didn’t know already,” she said.

Burnett said that he believes the day was an outstanding success and that everyone had a good time. While he felt that it took a little while for the high school students to relax, once they stopped being nervous they were able to get a great deal of work done and have fun playing music together. Burnett is working with Joyce to plan a joint concert with Martinsville High School Students and Radford University’s Jazz Ensemble and Combo for a later date.