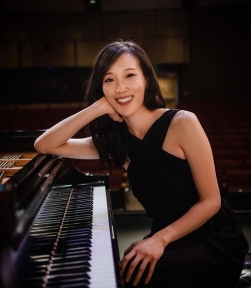 Each year the Italian city of Ragusa-Ibla hosts the Ibla Grand Prize World Music Competition. The 28-year-old competition showcases some of the world’s best musicians competing for a spot to tour with other Ibla winners throughout the United States. Radford University has the unique distinction of kicking off that tour with a free concert featuring winners of the Grand Prize World Music Competition. This year the Ibla Grand Prize performance will take place on Friday, April 26, 2019 at 7:30 p.m. at the Davis Performance Hall in the Covington Center.

Shannon Dillon works closely with the annual international event. She serves as competition manager and juror for the contest held in Ibla, Sicily, and also works in Virginia overseeing the start of the U.S. tour. Winners of the Italian competition are selected for the American tour based on a number of factors. “The artists brought on the tour are chosen during the summer competition based on scores tallied from their overall musical performances. They are judged first on their skills, followed by their stage presence, connection to the audience and ability to adapt to challenges presented to them,” said Dillon. 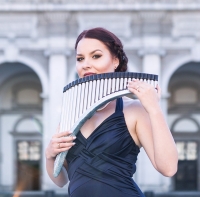 According to Dillon, one of the most challenging aspects of bringing the tour to the United States is getting the word out and getting people excited about this unique performance. “The Ibla Foundation sends these incredible musicians not only on a USA tour but also throughout Europe and Asia prior to coming here to the New River Valley. Their performances in other countries are typically sold out and sometimes have standing room only,” said Dillon.

The Ibla tour concludes each year at Carnegie Hall in New York City, where many of these featured performers will put on a one-night show that costs $300 per ticket. Southwest Virginia residents have the option of experiencing an evening of world-class music from Ibla performers for free. 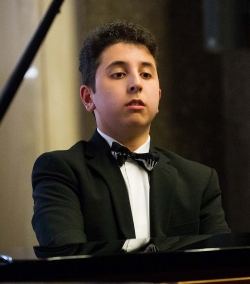 Anyone curious about the concert can tune in to WSLS 10’s “Daytime Blue Ridge” program on April 25, 2019 to see an interview and performance from one of the Ibla winners.

The Ibla Grand Prize Performance will take place at 7:30 p.m. on Friday, April 26, 2019 at the Davis Performance Hall in the Covington Center. Admission to see the lineup of world-class musicians is free and open to the public.