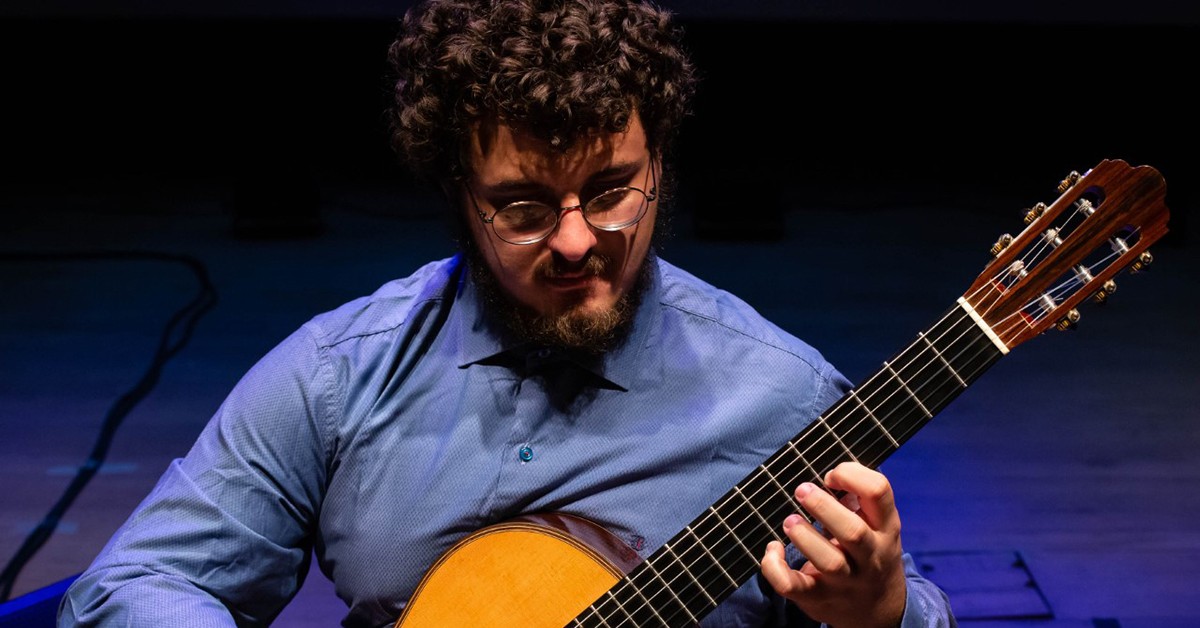 Octavio Deluchi, an international graduate student studying guitar in the Department of Music recently earned two major awards in the Philadelphia International Music Festival’s online competition. He was runner-up for the overall winner of the competition and also took second prize runner-up in the organization’s Division Four competition. The festival fielded entrants from around the world and all instruments were eligible to compete. Deluchi’s mentor in the Department of Music, Dr. Robert Trent, said that this significant achievement demonstrated Deluchi’s talent. “Most music competitions are instrument-specific, and as such these two achievements are highly unusual in the world of music. His combined awards are absolutely remarkable given the broad scope of the competition!” said Trent.

“I’m really happy about these results,” said Deluchi. “Without the support I have here at Radford, I wouldn’t be able to achieve these things.” He says that his goal is to use music to raise artistic and cultural awareness of environmental issues. “I really believe that what makes us human beings is our relationship with our environment and what surrounds us,” said Deluchi.

Deluchi’s mentor, Professor Robert Trent, Ph.D., also received recognition recently from Radford University. He was presented with the “Radford University Foundation Distinguished Creative Scholar Award.” The award recognizes significant original contributions to academia and rewards efforts that have had a significant impact on classroom teaching. “Dr. Trent’s contributions to his students and the guitar world have been enormous and amazingly consistent over the years. He has tangibly elevated music education and musical performance standards worldwide,” said Dr. Katie Hilden-Clouse, who presented the award in the Fall 2020 convocation video released on September 17, 2020.

“I am so happy and proud to be a part of such wonderfully talented and collaborative colleagues. And I am heartened and encouraged to be better and do even more,” said Trent.