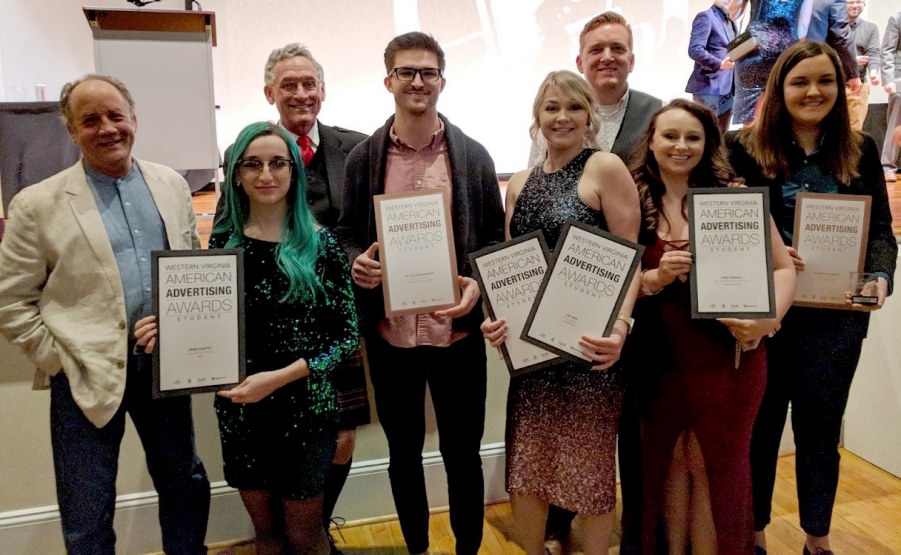 March roared in with great news for a number of Radford University graphic design students who won awards at the Roanoke Chapter of the American Advertising Federation Awards annual gala. Commonly referred to as ADDYs within the industry, the competitive awards recognized a range of talent from students in the College of Visual and Performing Arts’ graphic design program.

John O’Connor, Assistant Professor of Graphic Design, says that the awards are an important building block for student growth. “Entering the ADDY awards is important as students get to see how their work stacks up against competition from other regional colleges and universities. Winning an ADDY becomes a resume-building highlight that catches the eye of prospective employers as the awards are highly regarded in the industry. The awards gala is also a great networking vehicle for the winners to make contacts with agencies and companies, many of whom have Radford connections as alumni,” said O’Connor.

Many of the student entries this year were made possible by the generous donations of alumni and friends to the ADDY Award Sponsorship Fund along with the willingness of graphic design alumni to attend and judge student work at the annual “Student Graphic Design Show and Alumni Meet and Greet” event.

Winning entries from the student design show are entered in the Roanoke chapter of the American Advertising Federation’s annual competition, with entry fees paid by the sponsorship fund.

Over the last decade Radford University graphic design students have taken home dozens of awards in the AAFs Regional, District, and National competitions.

“Our graphic design students are aware that winning awards in art shows is a very subjective thing. The fact that they consistently do well in the AAF regional show, and often the District and National shows, speaks highly of our program, our students, and their willingness to work. And we’re proud of that,” said Ken Smith, Associate Professor of Graphic Design. 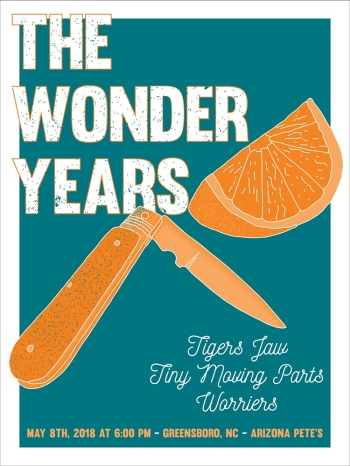 Gold Award winners are automatically forwarded to the AAA District judging in Columbia, South Carolina. Should any entries win at that level, they would be forwarded to the national competition.