‘Dancing on the Edge’ returns in April 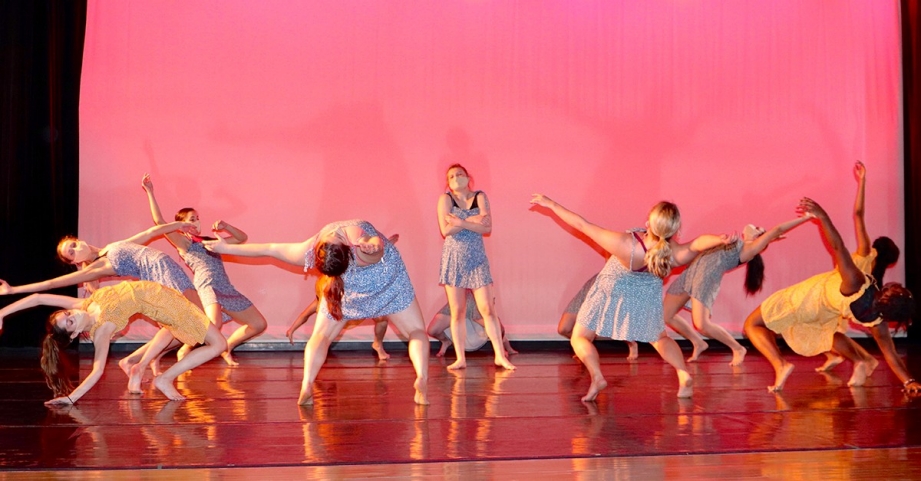 Students rehearse "Something Borrowed, Something Blues" by James Robey. 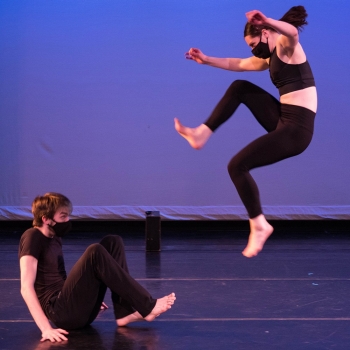 “Dancing on the Edge” is an annual spring event hosted by the Department of Dance where students in the program perform choreographed works by dance faculty and guest artists. It is a highlight of the semester for many dance majors, as it is often one of the last times that graduating seniors in the program will have the opportunity to perform together. The spring 2020 event was cancelled when the university temporarily moved all operations online in response to the emerging coronavirus pandemic. One year later, with nationwide vaccination efforts underway, the department is able to bring the performance back, even though it will be somewhat different from years past.

Associate Professor James Robey, Chair of the Department of Dance, says that this spring’s event will be prerecorded and streamed across three evenings. Faculty and students in the program had hoped to return to Bondurant Auditorium for some version of a socially-distanced, live performance, but with a number of gathering restrictions still in place, the department decided that offering a virtual performance was a better option than cancelling it. “We intend to return to live performances when social distancing guidelines allow for it. However, we’re grateful that our students will have the opportunity to perform for an online audience,” says Robey. 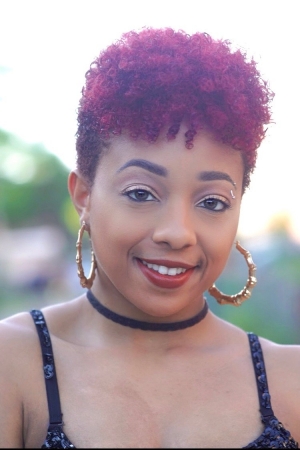 Guest choreographer and alumna Ja'Nae Washington '13 will feature a hip hop performance in this spring's production of "Dancing on the Edge."

This year’s "Dancing on the Edge" will feature guest choreographer Ja’Nae Washington, who graduated from Radford University as a dance major in 2013. Since then, she has been teaching and dancing professionally in New York City, and has worked for a number of celebrities including 50 Cent, Trey Songz, Remy Ma, Ashanti and Ne-Yo. Her credits include television appearances on networks such as MTV, BET, Starz and others. Dance students were excited to have the opportunity to work with Washington, as her expertise in hip hop offered a chance for them to explore the genre. Senior dance major Alexa Austin says that Washington was able to provide an intense, unique experience for dance students. “Ja’Nae came in and did a one-week intensive set of rehearsals for one piece. We had to learn the choreography quickly, the way the commercial world sometimes works. I want to go into commercial dance so I connected with that,” says Austin.

Faculty in the program have a variety of works planned for the spring 2021 “Dancing on the Edge.” James Robey will be debuting a piece called “Something Borrowed, Something Blues,” which he describes as contemporary blues. Amy VanKirk will be choreographing a multimedia performance titled “Allostasis” that was created with members of the biology program. The dance is about songbirds and their reactions to stress, and was funded with a CVPA research and scholarly project grant. Deborah McLaughlin’s students will perform a dance titled “The Cookie Crumbles” which, according to McLaughlin, “reflects on the absurdity of capitalism and the human condition.” Inessa Plekhanova’s students will perform two ballet acts; “Dance of the Bridesmaids” from “Swan Lake,” and “Jug Dance” from “La Bayadere.” Ji-Eun Lee will also feature two performances, the first being a collaboration with a Romanian poet about abstract movement; the second is a collaboration with an English professor dealing with vantage points and how they influence perception.

Senior dance major Reagan Mihailoff says that she misses performing for live audiences, but she is grateful to be able to dance with her classmates during her last semester with the university. “Usually we have a crazy week of rehearsals leading up to the event. Now, we pre-record everything and sit down with popcorn and watch ourselves on the night of the performance,” says Mihailoff. “It’s weird because you wind up being an audience member and a performer at the same time.”

Fellow senior Alexa Austin agrees, but she is also grateful to be able to collaborate with her classmates on the production. “I love performing and I love the memories of getting to hang out with people behind-the-scenes,” says Austin. “Going to get a cup of coffee with my friends before or after a rehearsal – it’s those types of moments that I really cherish. I’m excited to be able to do this one last time.”

Audiences can stream “Dancing on the Edge” on April 8, 9, and 10, 2021, at 7:30 p.m. each evening. Access to the online event is free, however tickets must be requested in advance at: https://radford.co1.qualtrics.com/jfe/form/SV_1Y8CyA2XmO3KchU