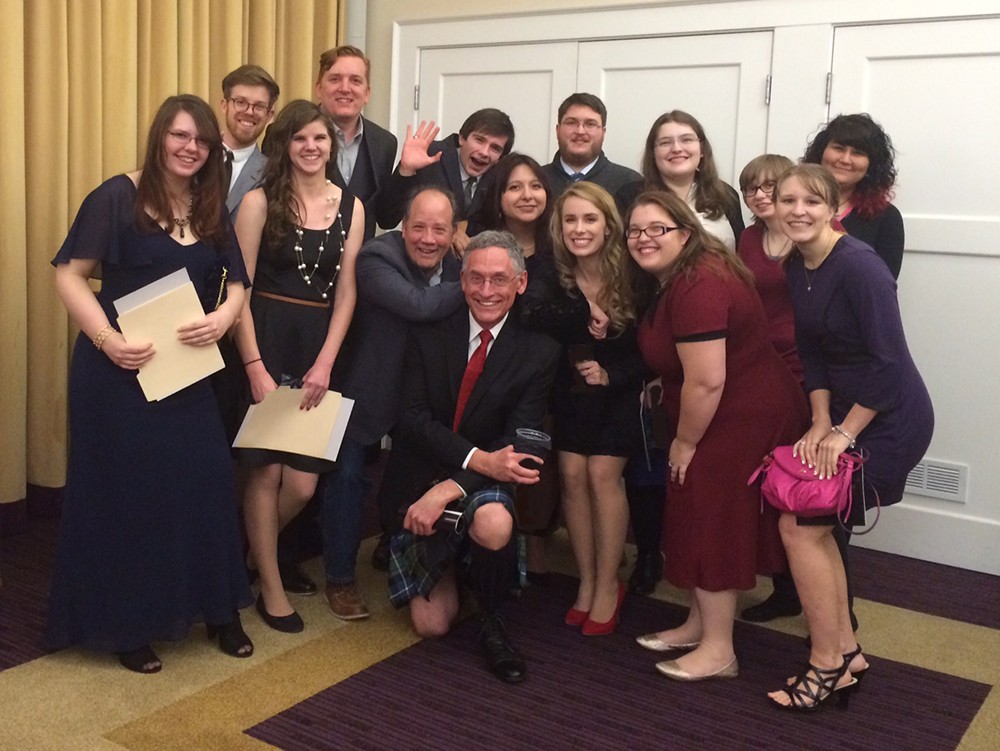 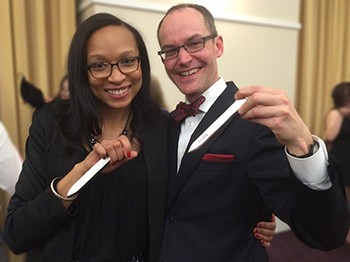 Nakia Shelton and James Harman from University Relations with their ADDYs.

All the worries were over from the entry process to what to wear to the 2015-16 Western Virginia American Advertising Awards. The only fingernail-biting moment left was the reveal of ADDY winners during the Feb. 27 American Advertising Federation awards ceremony presented at the Roanoke Market Square.

“Radford was again well represented in not only its student and professional work, but also its alumni in both the professional category and as professors in 4 out of 5 of the winning schools in the student category,” said John O’Connor, assistant professor of art.

Beaubien and his Member One team also won the Professional Best in Film, Video and Sound for their “It Takes a Local to Know Local.”