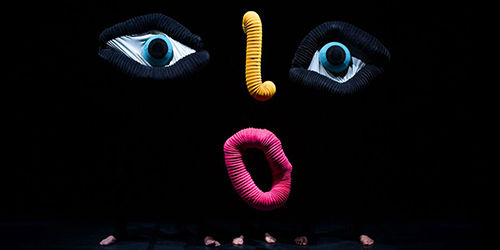 On Tuesday, October 25, one of the world’s most celebrated and storied stage troupes will entertain southwest Virginia as part of Radford University’s Performance Series.

Since 1972, Mummenschanz has created an evolving repertoire of comedic and thoughtful stage acts punctuated by moments of surprise and excitement. Fifty years later, they are reviving the most popular routines and adding new ones to the show.

The troupe began as a duo performing in Paris, often in the streets. There, Bernie Schürch and Andres Bossard, Swiss artists, invented the first and longest running routine using clay masks, transforming themselves into different people, animals and monsters for the audience.

The group expanded soon after a young actress, Floriana Frassetto (who prefers Floriana), saw them perform in Rome.

Floriana was fascinated by their comedic improvisation and joined the pair as an assistant. She quickly became integral to the performances and the three reorganized as a creative trio.

“At that time, we performed in very small theaters, and we weren’t called Mummenschanz,” Floriana said. “We were called ‘Before and After.’”

The new name came after they settled in Switzerland and began to refine their act which had become increasingly non-verbal. “Mummen” means to conceal or to mask and “schanz” plays on the concept of “chance.” 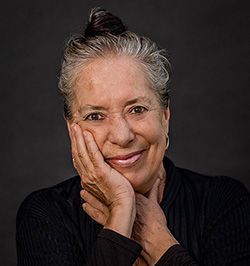 “In those days, we were happy to earn a little money and make people happy,” Floriana said. “We didn’t think we would last more than three weeks.”

Unbeknownst to Floriana, she was at the beginning of a five-decade long journey.

What Mummenschanz did realize, however, was that their creations left audiences delighted and entertained and their method was something altogether new and revolutionary.

At first, this made bookings complicated because people did not quite know how to categorize Mummenschanz. They were not mimes, dancers, musicians, or a traditional theater group.

Instead, Floriana said, they were “visual artists” working on a shoestring, utilizing whatever they could find to create a unique stage experience.

“It was difficult because we really were doing everything with scrap materials,” Floriana explained. “We were recycling materials of everyday life and giving them a kind of poetic value. People did not know how to place us.” 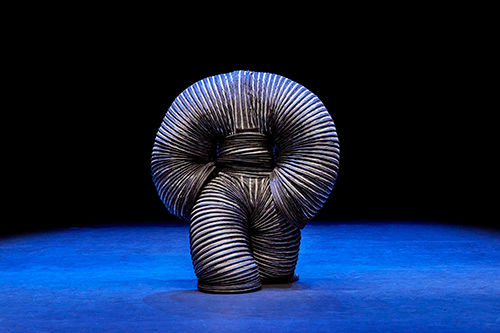 Then, in 1973, Mummenschanz began a European tour that would set their destinies in motion. They had a three-year run on Broadway starting in 1977 and made appearances on American television ranging from Johnny Carson’s Tonight Show to Sesame Street.

Over the decades, the show continued to transform, growing into a wild and expressive collection of tubes, balls, mutable shapes and foam rubber creations seemingly with a life of their own.

Floriana says that overall, only two things have changed. With the death of Bossard in 1992 and the departure of Schürch in 2012, she is the last of the original troupe in the production.

And, she notes, the rhythm of the show is slightly faster, reflecting the pace of contemporary times.

But in most other respects, Mummenschanz still operates by relying on lighting, performance, and imagination rather than special effects. And it still appeals to generally universal human experiences and emotions in a way that invites interpretation. 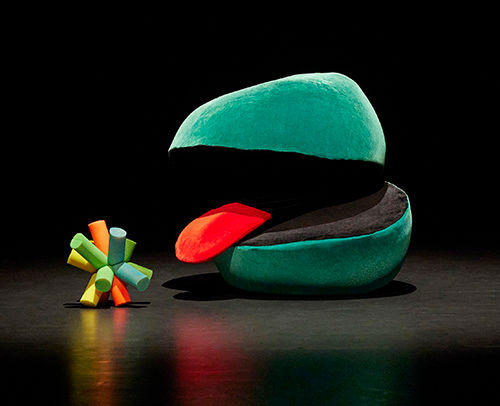 In the end, this is why Floriana continues to create and perform on stage despite the hardships and difficulties of life on the road.

“That moment of peace, of meditation almost, that moment of innocent joy is such a gift,” Floriana reflected, “that it is worth the sacrifice.”

The Radford Mummenschanz performance is open to all audiences and will take place at 7:30 pm, October 25, in the Bondurant Auditorium of Preston Hall on the main campus of Radford University.

Admission is $15 for adults, $7.50 for children and free with a Radford University ID. Tickets may be purchased at www.radfordactivities.com, at the Hurlburt Hall Information Desk or by calling 540-831-5420