Dori Freeman, a singer and songwriter from Galax, Virginia, will open the evening with her blend of Americana and traditional music. In 2016 Rolling Stone called her debut album “a strong contender for Americana debut of the year,” and went on to compare her to vocalists such as Kacey Musgraves and Peggy Lee. Her follow-up album debuted in late 2017, so we can expect to hear great new music from her during the performance. 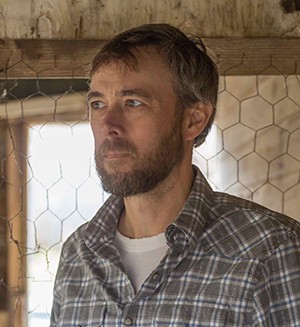 Scott Miller. Click for a link to his song, “How Am I Ever Gonna Be Me.” Photo by Tasha Thomas.

Scott Miller’s musical career entered the national spotlight in the 1990s when he was the front man for Knoxville-based band “The V-Roys.” After several critically-acclaimed albums, the group disbanded. Eventually, Miller moved back to his hometown of Staunton, Virginia to tend to his family’s farm. His music draws heavily from his love of history, his stoic sense of humor, and his upbringing in the Shenandoah Valley. His latest release is “Ladies Auxiliary.”

The Weather Station is a project by Toronto-based songwriter Tamara Lindeman. She describes her self-titled fourth album as “a work of profound urgency, artistic generosity, and joy.” Bob Boilen of NPR said in a review of her latest album, “These songs sit in a place between thought and expression, where the music flows confidently from heart to tongue.” 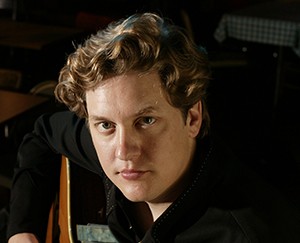 Shawn Camp. Click to listen to his song, "Magnolia Wind"

Shawn Camp is an award-winning country and Americana singer who has brushed elbows with the biggest stars of those genres. In 2014 he won a Grammy Award for producing Guy Clark’s album, “My Favorite Picture of You.” He also took home Album of the Year from the American Music Awards in 2012 for his work on “This One’s For Him: A Tribute to Guy Clark.” He has written billboard-topping songs with Garth Brooks and Brooks & Dunn, and has also collaborated with famous artists such as Loretta Lynn, Blake Shelton, and George Strait.

John Gorka was once referred to in Rolling Stone as the preeminent male singer-songwriter of the New Folk Movement. His video for the single “When She Kisses Me” found a long-term rotation on VH-1’s “Current Country,” as well as on CMT and the Nashville Network. In addition to his 11 critically acclaimed albums, John released a collector’s edition box featuring a hi-definition DVD and companion CD called The Gypsy Life. In 2010, Gorka also released an album with his friends and Red House label-mates Lucy Kaplansky and Eliza Gilkyson under the name Red Horse. Getting high praise from critics and fans alike, it landed on the Billboard Folk Charts and was one of the most played albums on folk radio. His latest album is titled “True in Time.”

Mountain Stage with Larry Groce will be the final event in Radford University's performance series for the 2017 - 2018 academic year. “This event is part of our University Performance Series which brings diverse artistic talent to the campus and community. We are thrilled to be closing out this year’s series with a live performance of the nationally broadcast music program. The lineup of performers is stellar, and we are very excited for what promises to be an amazing show,” said Margaret Devaney, Dean of the College of Visual and Performing Arts at Radford University.

Mountain Stage with Larry Groce is a production of West Virginia Public Broadcasting and distributed by NPR Music. The show is heard as a podcast and audiences can watch select performances at VuHaus.com.

Mountain Stage also airs on Radford University’s public radio station, WVRU, Saturdays at 2pm and on Sundays at 10am. Audiences can tune in to 89.9FM or at www.wvru.org. Public Radio WVRU, one of the event’s sponsors, is celebrating its 40th anniversary this year.

Tickets for Mountain Stage with Larry Groce on April 8 are $15 general admission, $7.50 for children, and free to Radford University faculty, staff and students with a Radford University ID. Tickets are available online at radfordactivities.com or by phone at 540-831-5420.