At the beginning of March, students from the Graphic Design program won several awards at the Roanoke Chapter of the American Advertising Federation’s (ADDYs) annual banquet. Those winners were advanced to district-level awards, and now two of those students, Xiaomeng Li and Dylan Ondell, won Silver ADDY Awards at the District III level. Their wins will advance them to the Advertising Federation’s national-level competition. 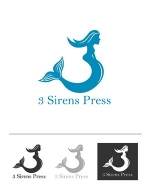 Li is currently finishing up her studies toward an M.F.A. in graphic design. Her winning ADDY entry was a logo for “3 Sirens Press,” which incorporates the number three into the shape of the overall design. She acknowledged that the assignment was challenging, but with encouragement from Professor Ken Smith, she was able to develop the award-winning design. Li stated, “I am so honored to receive the award at District 3 level, and very excited about advancing to the national competition. I am happy that my work is not only liked by my professor and classmates, but also approved by professional juries. It is a great encouragement to an international student like me.” 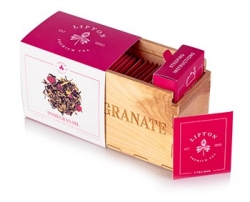 Ondell is a senior graphic design student who will also be graduating in a few weeks. His winning design was a treatment for Lipton Tea packaging which incorporated a wooden box design. Ondell attributes his success to two individuals who helped him conceptualize and execute the design. “I would say had it not been for a good buddy of mine, Tom Yancey, who helped me create the wood boxes which were a major part of my design, the overall product would not have been possible. I also think having a great instructor like Jim Woods, who really made us think in-depth about our designs and how the consumer interacts with them, helped me create a product that had great impact,” said Ondell.

Professors John O’Connor and Ken Smith were very proud of the students’ performance in the ADDY competition. “Xi and Dylan are excellent designers and I am very excited to see their work win at the District 3 judging. At this level hundreds of entries have been considered from many schools, and to have us represented at the national level several years in a row is testament to the hard work of our students and quality of the program here at Radford,” said O’Connor. “It’s always exciting to learn that your students are competing on a regional and national level – and winning. Both Dylan and Xiaomeng have done beautiful, exceptional work during their time at Radford, and I’m looking forward to hearing about their success at the national competition. Hard work pays off,” added Professor Smith.

Winners of the National Student Advertising Competition will be announced in June at the national awards luncheon in Chicago.