On Thursday April 26, 2018, at 7:30 p.m. five internationally-acclaimed, award-winning concert performers will launch their U.S. tour at the Performance Hall in the Covington Center for Visual and Performing Arts at Radford University. The following morning at 10:00 a.m. they will hold a master class at the same location.

The performers are winners of the 2017 IBLA Grand Prize World Music Competition, an elite international music competition that takes place each year in the Sicilian city of Ragusa-IBLA. Currently in its 27th year, the competition showcases musical talent of the highest caliber.

The international competition was founded at Radford University in 1981 to celebrate the 100th anniversary of the Hungarian composer Bela Bartók's birth. After being renamed several times along with a change in venue from Virginia to Italy, the annual competition continues as the “IBLA Grand Prize” in Ragusa-IBLA, Sicily.

“The performers selected and representing IBLA that grace our performance hall each spring are among the finest in the world. We are very fortunate that for over a decade Radford University has been a regular stop on their annual tour that culminates at New York’s Carnegie Hall. This is a wonderful performance opportunity for our students, faculty, and our patrons in the region” said Al Wojtera, Chair of the Department of Music. 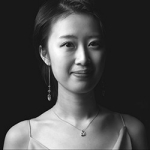 Pianist Luowen Huang is the grand prize winner of the 2017 IBLA Competition. Born into a musical family, her mother is a piano professor and her father is an oboe performer. She began to learn piano at the age of four and a half and by the age of 10 she won her first performance award in China. During her studies she has received scholarships from Yamaha, Xinghai and Steinway. In 2010-2011 Huang studied at Hochschule fuer Musik Hanns Eisler in Berlin, Germany with Professor Suanne Gruetzmann and Georg Sava. She is currently studying at the Hanover University of Musik, Drama and Media. She has been invited to perform in Beijing, Guangzhou and Berlin, and is currently on her first U.S. tour. 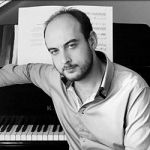 Salvatore Vaccarella is an Italian pianist born in the Sicilian city of Avola. He joins the tour having been awarded the “Debussy Special Mention” as most distinguished musician at the IBLA Grand Prize Competition. He studied piano at the Istituto Musicale Vincenzo Bellini in Catania, Sicily, and holds a master’s degree in teaching. He has taken part in many master classes and piano courses to further his musical development; most notably with Vladimir Ashkenazy, Piero Rattalino and Leslie Howard. He continues his musical studies at the Accademia Praeneste in Rome. Vaccarella has performed more than a hundred solo recitals and chamber duos and has appeared with orchestras and chamber ensembles at many festivals and in concert halls throughout Italy and the world. 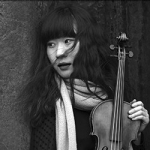 Japanese violinist Momoko Arima is currently in her third year of her undergraduate studies at the Royal Academy of Music in London. She studies under the acclaimed violinist and professor, Rodney Friend MBE. She joins the tour having been awarded ‘Outstanding Musician’, ‘Wieniawski Special Mention’ and the ‘Grace M Susino Memorial Award’ at the IBLA Competition. Arima began playing the violin at the age of three, winning a gold medal in the Kyoto Violin Competition for Children by the age of five. Her appearances as a soloist include performing with London Mozart Players, Royal Holloway Symphony Orchestra and others. She plays on a Jean-Baptiste Vuillaume violin made in 1864. 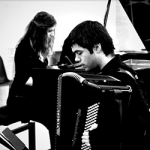 Accordionist Ghenadie Rotarie of Modova and pianist Valentina Vargiu of Italy join the tour as winners of the 2017 IBLA Grand Prize Most Distinguished Musician Recipients. The duo began performing together in 2013 under the name “Duo Aspera,” and has performed at concerts in Ljubljana, Slovenia, Italy, Croatia and the Czech Republic for a variety of music events and festivals.

Following the Radford University appearances, a casual meet-and-greet with the musicians is scheduled the evening of April 27 at 6:00 p.m. in Staffordsville at the Giles Mountain Vineyard and Winery. The tour’s final Virginia performance will take place at 5:00 p.m. April 28 at the Calvary Baptist Church in Roanoke.

The IBLA Grand Prize Performance Tour will conclude at New York City’s Carnegie Hall where tickets are selling for $300 each. However, those attending the Radford University performance and master class will get to see and interact with these supremely talented musicians for free.

For additional information, contact the Radford University Department of Music at (540)-831-5177, or IBLA Virginia Director Shannon Dillon at skdillon5@gmail.com or 540-230-0259.