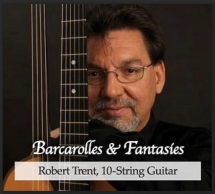 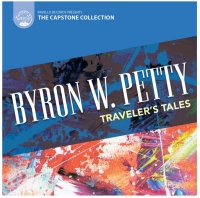 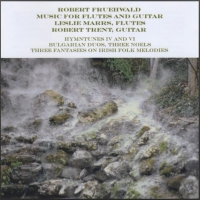 Music for Flutes and Guitar

Robert Trent has performed on the continents of North and South America, Europe, and in Asia, performing on modern guitar, Renaissance lute, and historic instruments of the nineteenth-century, in particular the 10-string Scherzer and authentic 19thc.guitar.

A first prize winner in numerous National and International competitions including; the Webb National Guitar Competition, the Masterworks Young Artist Competition (which was for all instruments), and the chamber music prize at the International Competition “Arturo Toscanini” in Italy in Period Instrumental performance.

Reviewers have said: “His interpretations are dignified, formal, and carefully thought out, with a sense of structural integrity that informs every passing tone.” NEW YORK TIMES;

“A SEASONED ARTIST STRUMS THE DEPTHS (headline) “.... he seemed most intent on using his sweet, crystalline sound to plumb the emotional depths of each work.” -PHILADELPHIA INQUIRER

“This is a real exposition of Trent’s art, unfolding unhurriedly and ever gracefully like a flower opening to the sun…This is a recording of the first rank”. Fanfare, Colin Clarke. Review of “Barcarolles & Fantasies –10-stringed guitar” on Soundset Records.

“Robert Trent is a most accomplished guitarist…while many players have played such works most satisfactorily on the standard guitar, Trent's marvelous-sounding instrument makes the case that these pieces are best heard in their original tonal garb.” Soundboard, Al Kunze. Review of “Barcarolles & Fantasies -10-stringed guitar”.

In addition to his in solo recitals he performs regularly with fortepianist Pamela Swenson Trent (as Duo Firenze). In past summers they have been in residence as performers and teachers in period instrument performance at the “Accademia L’Ottocento” in Rome and Verbania in Italy. Duo Firenze is the recent recipient of numerous awards including: unprecedented two Career grants from The Johns Hopkins University - Peabody Conservatory, two Faculty Development Grant from Radford University, twice from the Virginia Commission for the Arts.

He is a recording artist for:

As a scholar is published by guitarchambermusic.org; has contributed improvised cadenzas in the style of Fernando Sor to the “Complete Sonatas of Diabelli, Giuliani and Sor, Vol. 1”, published by Mel Bay; chaired the national standards committee for the guitar division of the American String Teachers of America (ASTA); and, served on the editorial team of the Guitar Foundation of America’s ‘Soundboard Scholar’; and, blogs on music, guitar, practicing and historical performance practice at kitharamuse.blogspot.com/

He was the conductor for the inaugural concert of the All-Virginia Guitar Ensemble, which is composed of guitar students selected by audition from across the Commonwealth of Virginia.

He is the first recipient of the degree Doctor of Musical Arts in guitar performance from the Peabody Institute of The Johns Hopkins University where he studied with Julian Gray, Manuel Barrueco, lutenist Ronn McFarlane, and singer John Shirley-Quirk. He also holds a Master of Arts of degree in music from Trenton State College (now The College of New Jersey) from whom he has received the Distinguished Music Alumni Award, and a Bachelor of Music in performance from the Philadelphia College of Performing Arts (now the University of the Arts).

Dr. Trent is in his 28th year as Full Professor of Music (Guitar and Renaissance Lute studies) at Radford University where he is in his 20th year as director of Radford University’s Annual International Guitar Festival.  Many of his students are performers, educators, producers, recording artists, and administrators at all levels in the U.S., and in Asia.