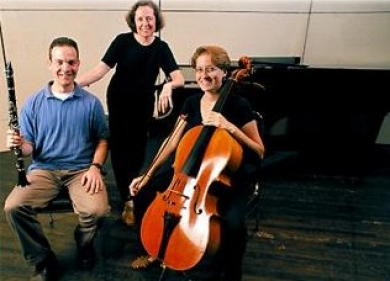 Pianist Nitza Kats is a graduate of the Rubin Academy of Music in Jerusalem, Israel, where she earned her teaching Certificate and Artist Diploma, studying with Sonya Vallin and Pnina Salzman. During her studies, she won scholarships from the American-Israel Cultural Fund, a foundation supporting young Israeli musicians.

Ms. Kats continued her education at the University of Minnesota under Professor Bernhard Weiser, where she earned a master of fine arts degree, majoring in piano performance. Additional private studies were with Nadia Reisenberg, Leon Fleisher, Malcolm Bilson, Leonard Shure, Clifton Matthews and Ray Luck, among others.

In 1993 she was awarded a grant from the Center for Academic Enrichment at Radford University to perform and participate in the "In Search of Chopin" Festival, in Paris and in La Châtre-Nohant, France, and to attend the first annual Piano Festival of the French Piano Institute in Paris, studying the history of French pianism at the Ecole Normal de Musique de Paris.

Ms. Kats has performed extensively in solo recitals and chamber music concerts both in Israel (including the public radio) and the United States, in particular Minnesota, New York, North Carolina, Wisconsin, West Virginia and around Virginia.

Ms. Kats has presented numerous workshops in Israel and in the United States and has been serving as an adjudicator in the National Guild of Piano Teachers, the VMTA Fall Festival, the International Bartók-Kabalevsky-Prokofiev International Piano Competition, the Virginia Lion's Bland Music Scholarship Contest, and the Collegiate Artist Competition at the VMTA State Convention, among other events.

Many of her students were winners or finalists in various competitions, including the Rebecca Orr Memorial Technique Festival, the Virginia Lion's Bland Music Scholarship Contest, the Lynchburg Fine Arts Center Piano Competition, the Bartók-Kabalevsky-Prokofiev International Piano Competition, and the VMTA Concerto Competition.