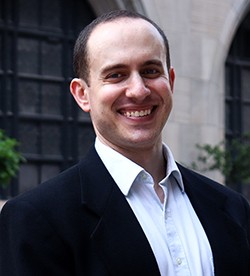 “Cataldi wasn’t your typical classically trained pianist; he was a rockstar and he brought the house down.”*

Dr. Matthew Cataldi has enjoyed a wildly versatile career as a piano soloist, collaborative artist, conductor, composer, and educator. He holds a BM from Florida State University, as well as MM and DM degrees in Piano Performance and Literature from Indiana University where he studied with Brazilian-born pianist Arnaldo Cohen.

As a performer, he has appeared on the stages of Carnegie Hall, Lincoln Center, Jazz at Lincoln Center, and the John F. Kennedy Center for the Performing Arts, in addition to many other venues across the Americas and Canada. He gave his orchestral debut as a teenager playing Rachmaninoff’s Piano Concerto No.3, and has recorded a documentary CD of Spanish and Latin American piano music which was accompanied by an international concert and lecture tour. He is also an experienced conductor and musical director in the theatre world, having premiered several new works in New York City in collaboration with Tony Award winning Broadway artists.

As a composer and arranger, he enjoys bridging the classical and popular worlds, creating and presenting exciting new music that caters to his unique background and interests. Recent compositions and premiers include: “Variations and Fugue on a theme by Led Zeppelin” - a classical set of variations on the iconic rock song “Stairway to Heaven”, “Hail to the King” - a virtuosic medley of Michael Jackson’s greatest hits, and his most recent project, “24 Preludes in Popular Style after Chopin” - a transcription project that arranges all of Chopin’s Op.28 Preludes in a variety of popular styles, intended to introduce elements of popular music to classical piano students while equipping them with the tools and vocabulary necessary to navigate a diverse range of musical styles. His Preludes will be published and released on Albany Records in the fall of 2022.

As an educator, he is active on the local, regional, and national research and pedagogy stages. He serves as president of the Highlands Chapter of the Virginia Music Teachers Association where he organizes and runs festivals for local piano students, and has presented on multiple occasions for the Music Teachers National Association annual conference on topics including improvisation and creativity. He is frequently invited as an adjudicator for competitions and to present workshops and masterclasses for students across the country. His own students have been active and visible on the national stage as well, being invited to speak on research panels and presenting for the National Conference on Undergraduate Research. His writings have been published by the College Music Society and the American Music Teacher.

Dr. Cataldi currently serves as Director of Piano Studies and Assistant Professor of Piano at Radford University in Radford, Virginia, where he was recently awarded the Dalton Eminent Scholar Rising Star award - a university-wide award for creative scholarship that recognizes faculty with distinguished international reputations in their discipline.