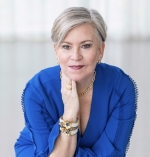 Denise is an assistant professor of voice and opera in the Department of Music. She appears in concert, musical theater and opera stage and is known for her ability to sing a variety of styles utilizing brilliant high notes, pure tone, communicative warmth and musical intelligence. She has been a performer internationally and throughout the US with extensive Oratorio experience. She has performed with orchestras such as The New York Pops, Toledo Symphony Orchestra, Southwest Michigan Symphony, Fort Worth Symphony, Tulsa Symphony, Fort Wayne Philharmonic, the Symphony of Bartlesville, Oklahoma City Symphony, Roanoke Community Choir and Charlottesville Community Choir as well as many other symphonic and choral organizations. Denise’s operatic roles include First Lady in Magic Flute, Mother in Amahl and The Night Visitors, Violetta in La Traviata, the title role in Suor Angelica, as well as Gilda in Rigoletto. Denise has been a soloist in prestigious venues such as Carnegie Hall and is a sought after recitalist performing in London, England, Tbilisi, Republic of Georgia and at the Certosa di Garegnano in Milan, Italy as well as a performance of her one-woman classical cabaret in Leibnitz, Austria where she performed for the International University of Global Theater to an audience representing 32 different countries.

In addition to being an active performer, Dr. Bernardini is also a sought-after clinician, teacher, presenter, and author. She is a recital and cabaret specialist and has a published book titled A Stylistic Guide of Classical Cabaret: A Stylistic and Historical Glimpse with selected songs by Satie, Poulenc, Schönberg, Weill, Britten and Moore, (Amazon) as well as a presenter/clinician at national and international voice conferences. Denise has presented at The Voice Symposium in Philadelphia, Pennsylvania, the International Congress of Voice Teachers in Stockholm, Sweden, the Great Lakes Regional conference of College Music Society and Indiana Music Educators Convention, as well as several NATS regional and state level clinics. Denise has taught for summer programs internationally and in the United States. She is currently involved in a project focused on bringing awareness to human trafficking. A THOUSAND HANDS A MILLION STARS is an all-female collaboration that involves poetry, music, dance and art. This unique, one-of-a-kind performance piece is set to premier in Toledo Ohio at the annual Conference for Human Trafficking and at the city’s premier arts showcase MOMENTUM in September of 2019. Following its debut, the project will tour throughout the United States. Dr. Bernardini’s students are active performers and teachers. Her students are performing with Michigan Opera Theater, Toledo Opera, Des Moines Opera, Academy of the West, Fort Wayne Philharmonic, Toledo Symphony, as well as many other opera and symphonic organizations throughout the United States. Her students have also performed in Italy, Canada and Mexico. Many have won prestigious scholarships and awards including top awards with NATS, Metropolitan Opera, Mu Phi, and various other institutions. Collectively her students win as much as $30,000 annually.