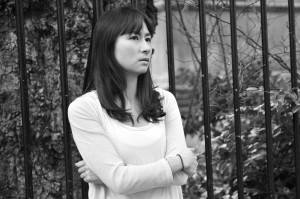 Ji-Eun received a full scholarship for her second masters at the Academy of Performing Arts in Prague(Czech Republic) as well as for her PhD at the University of Surrey(UK). While staying in Europe for more than ten years, she was offered resident choreographer position by the Prague Chamber Ballet and was also commissioned by Germany, UK, Ecuador, Romania, India, Serbia, and France.

Her choreographies won an Authorial Award, the Audience Award from the International Choreography Competition and the Siraex International Festival, and third prize in the Euro-Scene Dance Choreography Competition in Germany. She was also a winner at the International Art Expo in Venice(Italy). Ji-Eun has was invited to more than 23 countries including Ireland, Estonia, Mexico, Argentine, Germany, Italy, the UK, Mexico, Greece, Turkey, Poland, Bulgaria, China, Estonia, Romania, Japan and Indonesia et al.