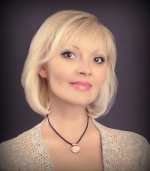 Inessa Plekhanova is an internationally recognized artist, educator, and an expert in the Vaganova method of classical ballet technique. Her recognition by the national and international ballet community is clearly reflected in the strong demand for her expertise in the United States and abroad. She is yearly invited as a guest master teacher, choreographer and judge to numerous ballet events in United States, Russia, Japan and South Korea.

Ms. Plekhanova’s teaching career started in 1986 at the Vaganova Ballet Academy where she taught on an assistantship for two years, then at the State College of Dance and Choreography in Tallinn, Estonia (the official school of the Estonian National Ballet) for three years, and at the Academy of Colorado Ballet from 1991-2005 where she also has served as the Artistic Director of the Academy and Colorado Ballet-II from 1999-2005. For Colorado Ballet-II Ms. Plekhanova has produced scenes from La Bayadere, Paquita, Chopiniana, Don Quixote, Le Corsair, and other excerpts from classical ballet Masterpieces.

In 2001, 2002, 2003, and in 2016 Ms. Plekhanova was awarded the “Outstanding Teacher Award” from the Youth America Grand Prix International Ballet Competition.

In 2005 Ms. Plekhanova accepted a professorship with the Radford University’s Department of Dance as Director of the Ballet Program and Artistic Director of RU Ballet Theatre where she has staged and produced 14 full-length ballet productions including the “Nutcracker”. In 2006, Ms. Plekhanova founded the Radford University Ballet Youth program known as RUBY, and in 2007 she established the International Summer Intensive Program for aspiring young dancers from the United States, Japan and other countries.