Approximately 3,200 attended a show at the Salem Civic Center on December 6, followed by 1,200 at the Moss Arts Center in Blacksburg on December 7.  The turnout was fantastic, and the holiday cheer was palpable. 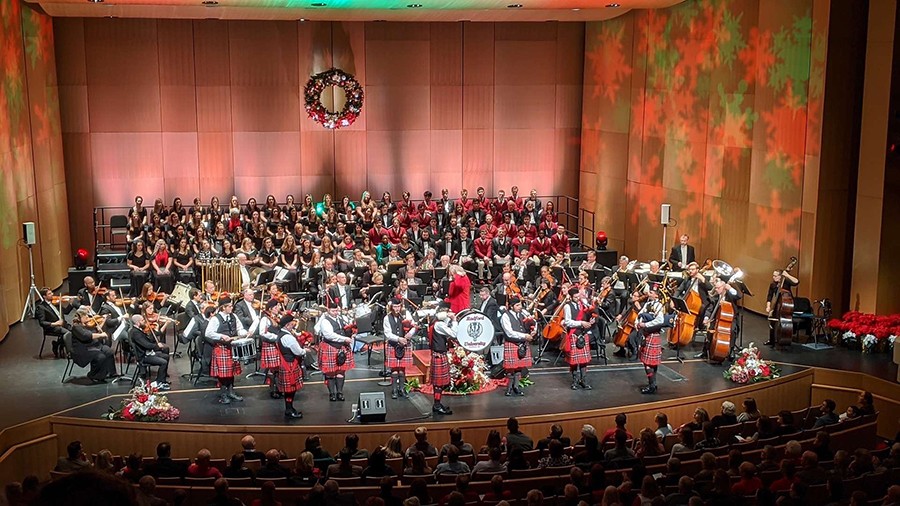 The Radford University Highlanders Pipes and Drums onstage with the Roanoke Symphony Orchestra at the at the Moss Arts Center in Blacksburg on Dec. 7.

The Highlanders Pipes and Drums is a traditional bagpipe and drum corps. It is led by Tim Channell, Ed.D., chair of the Department of Music in the College of Visual and Performing Arts.

The event also featured choruses from Virginia Tech and Hollins University, as well as the Roanoke Valley Children’s Choir. Guest artist Adrienne Danrich provided vocal performances with several holiday classics, as well. In total, RSO estimates over 250 performers were on stage during the concert.

Radford University was proud to partner with several community partners and educational institutions to contribute to a successful celebration of holiday cheer. This event speaks to Radford University’s commitment to the community within the New River and Roanoke valleys.