More than 250 students, faculty and staff gathered to watch the NCAA Tournament Selection Show on March 11 in the Hurlburt Student Center Auditorium.

The standing-room only event featured the men’s basketball team being selected for the First Four in Dayton, Ohio after the Highlanders won the Big South Tournament on a buzzer-beating three pointer by redshirt freshmen guard Carlik Jones.

Nany Artis ’73, who was in Belize when the Highlanders won, didn’t see the shot live, but told her husband, Pat Artis, she knew it was Jones that scored.

“We were at a restaurant – the only place we had internet – and we were jumping up and down in our Radford shirts,” Nancy Artis said. “We kept getting asked what’s Radford and where’s Radford. We had a chance to share that. We were dancing we were so excited.” 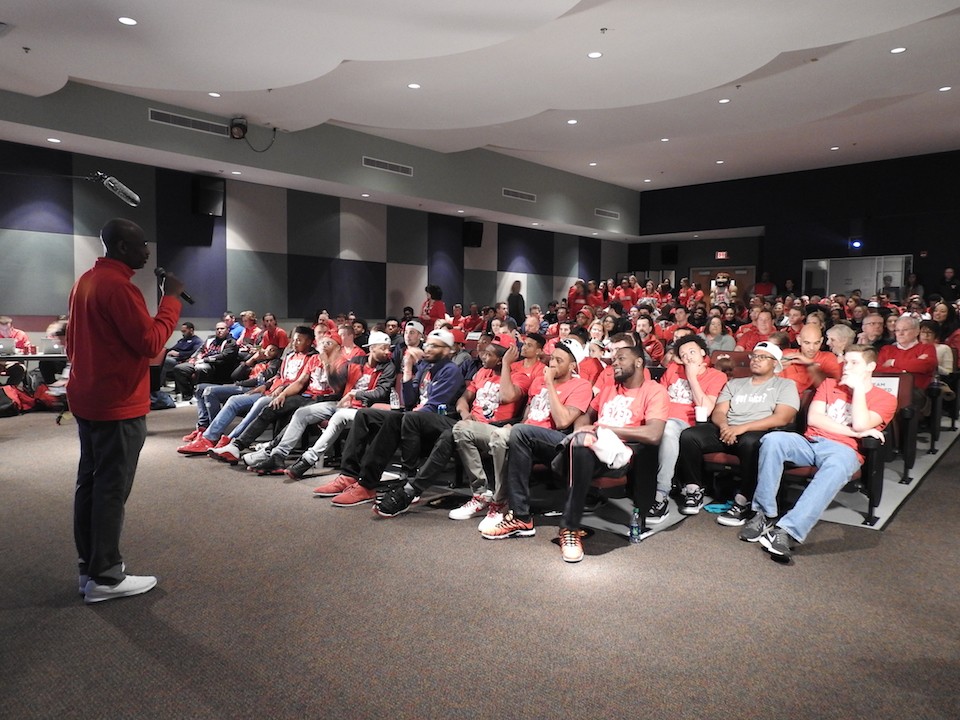 It wasn’t just the Artises that were dancing after that shot. Jones sent every Highlander dancing to Dayton.

“For our student athletes, our young men who work so hard to allow Radford University to be here, we’re just proud of them and what they are achieving on the court and in the classroom,” President Hemphill said. 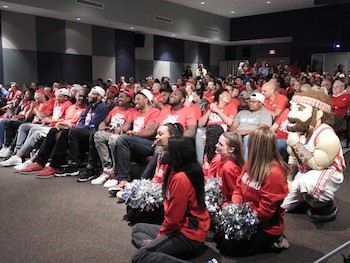 As soon as the ball swished through the net, Wendy Lowery, vice president for University Advancement, said that moment embodied the Highlander spirit.

“We are fighters and we believe in ourselves down to the final second,” she said. “That’s just who we are. It is a moment that they’ll remember forever.”

Pat Artis said that Radford is a program of student athletes who are excellent on the court and in the classroom.

“From Athletic Director Robert Lineburg to the coaches and everybody in the organization, it’s all about the student athletes,” he said. “These are kids playing because they love the sport and because they want to represent Radford.”

On the morning of March 13, more than 50 students gathered to take a chartered bus to Dayton to see the Highlanders play first-hand. Each student on the bus was the winner of a contest in which they displayed their Highlander Pride.

I never imagined myself going with the team to represent our school on a national level. I can’t wait to feel the energy of the crowd and support my team.

“Being able to support the team is one of the college memories I will talk about years after I graduate,” said Julianna Stanley, president of the Student Government Association. “Being able to share this experience with my fellow Highlanders is really special.”

Lawrence Davin from Washington, D.C., another student who was selected to make the trip to Dayton, said that the experience is “amazing.”

“This is the first time since I’ve been here that we’ve gone to the tournament,” he said. “I can finally check this off my college bucket list. Seeing our names on the bracket is incredible.” 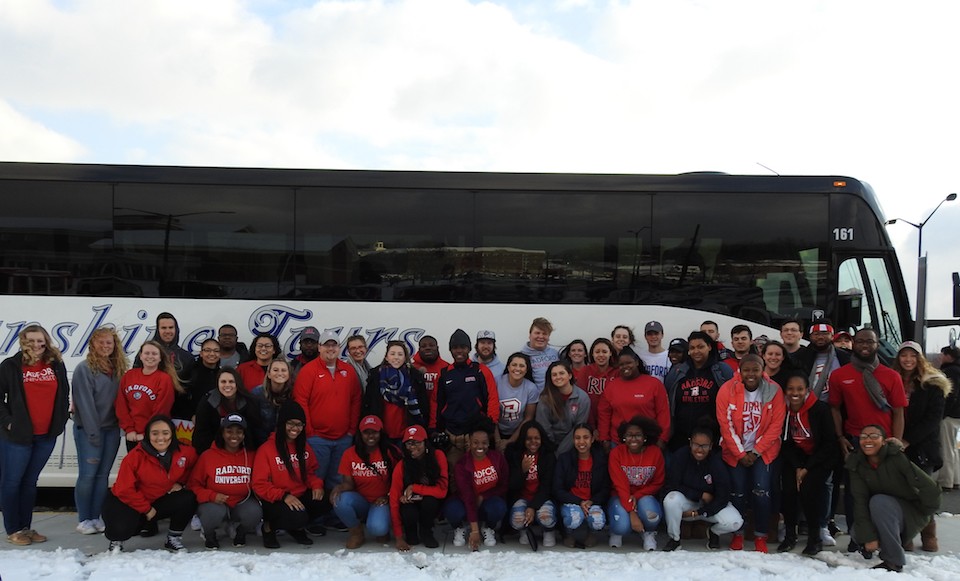 The students traveling to Dayton to see the Highlanders in the NCAA Tournament.