Coach Ken Carter to Give Keynote Speech at McGlothlin Awards 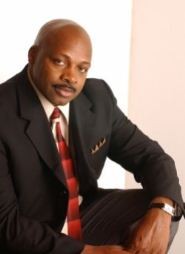 His priority was school first, athletics second. On April 19, educator and coach Ken Carter will share his story and philosophy as the featured speaker at the McGlothlin Celebration of Teaching at Radford University.

Carter's address will precede the ceremony at which the 13th annual McGlothlin Awards for Teaching Excellence will be announced. The awards, among the nation's largest teaching prizes, will present $25,000 each to two teachers from schools in specified portions of Virginia, Tennessee, West Virginia and Kentucky.

Carter, whose story inspired the 2005 feature film "Coach Carter," was a successful businessman when he accepted the head basketball coach position at Richmond High School in California in 1997. Carter faced a monumental task: Students were failing academically at an alarming rate, and sports teams were losing. Within two years, Carter had turned around the athletics program by requiring players and their parents to sign contracts spelling out rules of conduct, among them maintaining a 2.3 GPA.

In a controversial move, Carter literally locked his undefeated playoff-bound boys basketball team out of the gym and forced them to hit the books. Academically solid players tutored weaker ones, and GPAs improved for the whole team. Most importantly, Carter set a new standard of winning, one that transcended hoop dreams to encompass success through education and enterprise.

Carter now coaches SlamBall's champion team The Rumble, is owner-operator of Prime Time Publishing and Prime Time Sports, and is the author of "Yes Ma'am, No Sir: The 12 Essential Steps for Success in Life." He is also founder and chairman of the Coach Ken Carter Foundation, which develops, promotes and provides education, training and mentoring programs for minority youths.

The teaching awards, presented by the Bristol-based McGlothlin Foundation, have given more than $600,000 to exceptional educators since 1999. Two teachers—one from grades K–5 and one from grades 6–12—are honored each year with the stipulation that $10,000 of the $25,000 award be used for international travel to broaden their thinking and experience. Blue Ridge PBS has directed the McGlothlin Awards since 1999.

The awards ceremony is open to the public and begins at 7 p.m. in the Bondurant Auditorium of Preston Hall. The ceremony concludes an afternoon of activities marking the McGlothlin Celebration of Teaching, which starts at 4 p.m. at various locations on campus.