Get to know our top-ranked faculty and staff.

Pick your program. Gain the skills. Start your Career! Choose the program for you

What Makes Our School of Nursing Special 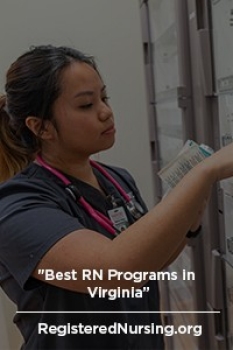 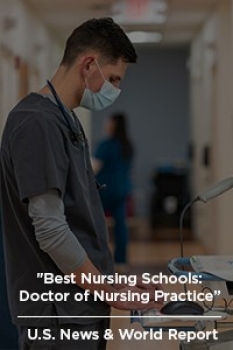 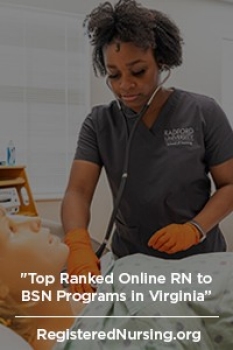 One School of Nursing. Two Locations. 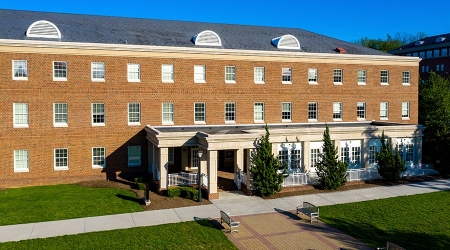 Virtually tour Waldron Hall, home to the School of Nursing on Main Campus 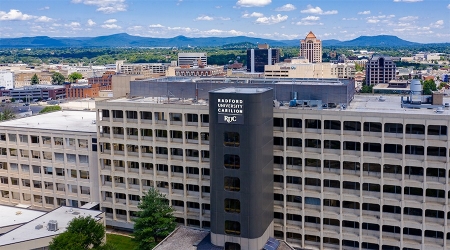 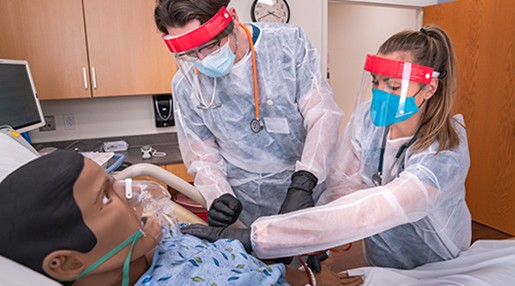 In 1966, Radford College was approved by the State Council of Higher Education for Virginia (SCHEV) and the Virginia Board of Nursing to develop a nursing program. The first students were admitted to the undergraduate program in 1969. Eleven members of the charter class graduated in 1973, and the program was granted initial accreditation by the National League for Nursing in 1976.

In 1979, Radford College was granted university status and, following a rapid growth period, the nursing program gained school status in 1982 and college status in 1984. Based on a needs assessment conducted by the Western Region Consortium for Continuing Higher Education, a track for registered nurse (RN) students was initiated in the fall of 1986. Off-site classes were established in select regions of Southwestern Virginia using a variety of distance education technology (audio teleconferencing and video/computers). Then in 1988, the Roanoke Higher Education Center site was established through an agreement between Radford University and Carilion Roanoke Memorial Hospital.

In 1988, the graduate program in nursing started with a master’s of science in nursing (MSN) with a concentration in home health nursing followed by an advanced adult concentration in 1991. In 1995, two more MSN concentrations were initiated - a family nurse practitioner (FNP) concentration and a certificate program for both post baccalaureate and post master's students in Gerontological nursing. As a result of institutional reorganization in 1997, the School of Nursing became part of Waldron College of Health and Human Services.

The Doctor of Nursing Practice (DNP) program, which opened in fall 2010, was the first of its kind in Virginia to be offered in a distance-learning format and to both post-baccalaureate and post-master's degree students. It awarded its first doctoral degrees in 2011. As of a large Advanced Nursing Education (ANE) grant from the Health Resources and Service Administration (HRSA) and a series of Waldron College of Health and Human Services programs focused on improving regional health care, the Post- Master's Psychiatric Mental Health Nurse Practitioner Certificate began.

In 2005, regional nursing programs and the Executive Director of the Roanoke Higher Education Center (RHEC) met to explore ways of partnering with public and private entities to maximize the use of scarce resources, address the shortage of nursing faculty, and explore alternatives for clinical education of nursing students. Radford University School of Nursing assumed leadership in developing the concept and received funding in 2006 for the project for creating, maintaining and sustaining two Nursing Clinical Simulation Centers (CSC)—one at the Roanoke Higher Education Center and one at the Radford University Corporate Park (relocated to Cook Hall on the main campus in 2018). Both of these sites have been renovated and greatly expanded since 2017. Sharing resources for this expensive facility allows an economy of scale and gives all regional nursing programs access to this invaluable facility. Partners include Radford University, Wytheville Community College, New River Community College, Virginia Western Community College, and Patrick Henry Community College.

In early 2018, Carilion Clinic, Jefferson College of Health Sciences (JCHS) and Radford University joined together again to announce the intent to merge JCHS into the Radford University family of colleges and departments. After 18 months of collaboration and planning, Radford University Carilion (RUC) enrolled its inaugural class of students in Fall 2019. The RUC location is home to the School of Nursing’s accelerated baccalaureate program (AB.S.N.) and two Masters of Nursing (MSN) programs – Family Nurse Practitioner and Nursing Administration. In addition, RUC offers the traditional B.S.N. program with admission to Nursing from the first day of college.

The School of Nursing continues to grow - in the number of students, faculty, programs, and, ultimately, patients we impact in our region and across the nation. We continue to evolve our educational programs in response to the health care needs, delivery mechanisms, and technology advancements in the region, Commonwealth, nation, and world.

School of Nursing Vision and Mission

Blending the art and science of nursing to prepare enlightened, compassionate professionals who will meet the diverse needs of the local and global community.

Radford University School of Nursing is committed to excellence in the development of professional nurses to meet changing local and global health care needs through education, research, practice, and community engagement.