College of Graduate Studies and Research 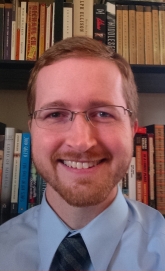 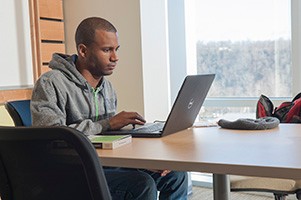 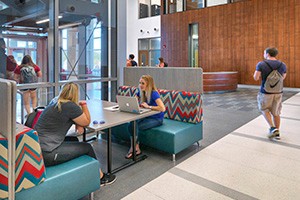 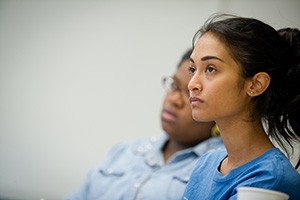 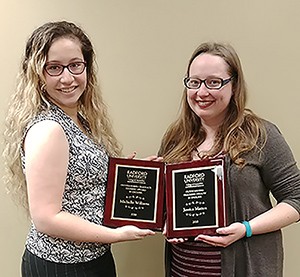 We are happy to announce that GTF Emily Deacon has accepted a position in Spotsylvania County Public Schools as a Dual Enrollment English Teacher, working with both Courtland High School and Chancellor High School. We're so proud of Emily, and we know that her students will benefit greatly from working with her.

Mentors in the News

Our GTF Program Mentors are active scholars, as well as dedicated teachers. On Friday, April 6, 2018, Nancy Taylor and Dr. David Beach will present "InfoLit Competencies for College Honors Students" at the Student Success in Writing Conference in Savannah, GA. We are excited that Nancy and David are showcasing some of the great work being done at Radford University! 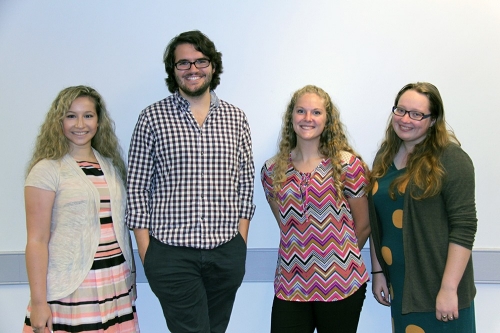 In addition to teaching Core 101 and 102, our GTFs are taking part in Professional Development Seminars on managing their online presence, crafting resumes and CVs, and interviewing for the workforce or further graduate study. 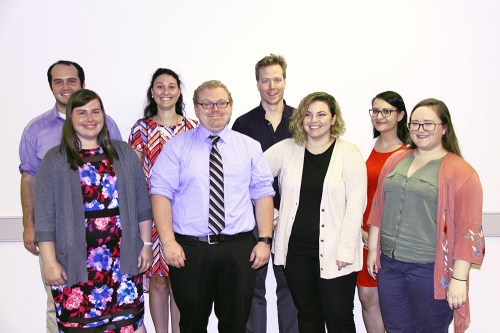 Congratulations to the Graduating Teaching Fellows Class of 2017! 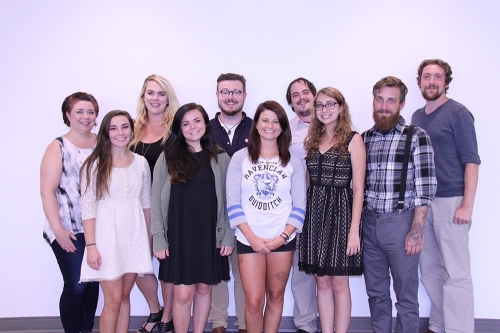 We are so proud of each and every one of you!

The Mentoring Program would like to welcome Emily Deacon, Andy Geels, Jessica Mattox and Marti Williams. We're so excited to have them on board, and we know that they're going to do great things in their teaching teams.

We're so proud of the Graduate Teaching Fellows who represented Radford University at professional conferences this summer!

Two GTFs presented at The 1816 Conference: Creativity and Turmoil, at the University of Sheffield, England. Melanie Graham (M.A. '16) presented "'Watch Out, Boys, She'll Chew You Up': Percy Shelly's Ambivalence at Beatrice Cenci," on June 27, and Catelin Turman (M.A. '17) presented  "Partly from Curiosity, and Partly from Idleness: the Monstrosity of Emma Woodhouse and Victor Frankenstein," on June 25.

Caitlyn Parker (M.A. '17) and Kelly Nickell (M.A. '17) participated in Feminist Camp, a week-long workshop in New York City, from June 6-10. Caitlyn and Kelly were two of fourteen people chosen to spend the week with authors Jennifer Baumbardner and Amy Richards. They held internships, volunteered for Sancturary for Families, and held meetings with various non-profit organizations working for women's issues nationally.

Three of our Graduate Teaching Fellows presented papers at the HERA (Humanities Education and Research Association) conference on March 25th, in New Orleans. Kelly Nickell (M.A. '17) presented "A Woman Without A Movement: The Bell Jar as Proto-Feminist Intervention," Caitlyn Parker (M.A. '17) presented "'A Point of Resistance': Discourse as Constraint and Empowerment in Alison Bechdel's Fun Home," and Phelan Tinsley (M.A. '17) presented "'Queers Aren't Meant to Love': 1950s-1980s Discourses on Homosexuality and the Counter-Discourse of Gay Love in Sherman's Bent and Newman's 'A Letter to Harvey Milk.'"

The Mentoring Program congratulates Melanie Graham (M.A. 2016), who has officially accepted service as a University English Instructor and TEFL Volunteer with the Peace Corps in the Ukraine.

In addition to teaching University English, Melanie will promote critical thinking and problem-solving skills to students and teachers in the field. She will work closely with her Ukrainian colleagues to provide teacher training and share, develop, and implement new language teaching methods and materials. We’re so happy for Melanie, and we wish her the best of luck!