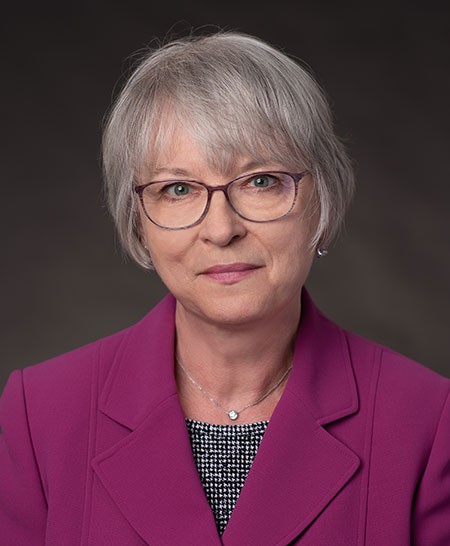 If you’re a James Joyce fan, tune in to the “With Good Reason” radio program this week to hear Radford University Professor of English Jolanta Wawrzycka, Ph.D., speak about the Irish author’s route through Bloomsday in Dublin.

In a recorded interview, Wawrzycka contributes to a show segment on trails and the connection with Joyce’s famous 1922 novel, “Ulysses.”

“We talked about ‘literary trails’ of Dublin, Ireland, that follow the steps of Mr. Leopold Bloom, the main character of ‘Ulysses,’” Wawrzycka said, providing a preview of her interview with show host Sarah McConnell. “He wanders through the city on June 16, 1904, a day celebrated as Bloomsday by scholars, readers and enthusiasts.

Bloomsday is an annual commemoration and celebration of Joyce’s life and is observed in Dublin and elsewhere on June 16. Fans of the author and his work celebrated the book’s centennial in 2022.

“The trails pass along Dublin’s streets, landmark buildings, monuments, pubs, shops and along the River Liffey and its bridges,” Wawrzycka continued. “Though many landmarks have disappeared, it’s quite rewarding to see some of them still there. They deepen our appreciation of Joyce’s works and art.”

Wawrzycka has been teaching in the Radford University Department of English for 35 years. She teaches undergraduate and graduate courses in literary theory and criticism, world literature, Anglo-Irish literature and Nobel Prize literature. Wawrzycka is known on campus and internationally as a scholar of literature and translation studies and is one of the world’s most prominent authorities on Joyce.

Two years ago, she was among a select group of recipients of the prestigious 2021 State Council of Higher Education for Virginia (SCHEV) Outstanding Faculty Award (OFA).

Wawrzycka’s interview on “With Good Reason” will air Jan. 28 - Feb 3 on more than 60 radio stations across the United States.

Listeners in the New River Valley can hear the program at 6 p.m., Tuesday, Jan. 31, on Public Radio WVRU 89.9. The show is also available as a podcast at withgoodreason.org.