Highlanders in the News: Week of January 16 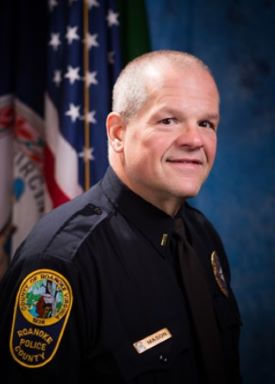 A voice of experience

Roanoke County’s longest-serving employee – Chuck Mason, ’99, M.S. ’09 – retired from that position this month, but he will continue to share his half-century of law enforcement experience with Radford University’s criminal justice students.

Mason, a former assistant police chief, stepped down after nearly 49 years of service, and he talked with Roanoke’s WSLS news on Jan. 13 about his decision, recalling that he joined the county sheriff’s office in the summer of 1974, when he was just 18. He transferred to the police department in 1990 and worked there for more than three decades.

Across his lengthy career, he’s seen a lot, including several generations’ worth of cultural and procedural adjustments.

“I think law enforcement has been very good about responding to these changes and trying to improve how law enforcement works with their communities,” Mason told the news station. He also discusses one of the biggest cases of his career, as well as the family member who remains on the force and is now following in his footsteps.

Mason has been an adjunct professor of criminal justice at Radford since 2020. Last fall, he taught Death Investigation, and this semester he’s teaching Interviews and Interrogations.

When Robert Miller, M.S. ’06, earned his degree in music therapy, the subject of his master’s thesis was “The effects of toning on perceived and physiological measures of stress in college students.”

More than a decade and a half later, Miller and his wife, Stephanie, are still exploring the ways that sounds can affect and improve how people feel.

The couple owns and operates Music for Life of Pittsburgh, which provides music therapy and performances.

A Jan. 9 article in the Pittsburgh Jewish Chronicle looks at how they’re now offering therapeutic drum circles that are free to the public through an arrangement with the 10.27 Healing Partnership. That group was founded as a response to the Oct. 27, 2018, mass shooting at the Tree of Life synagogue in Pittsburgh, Pennsylvania, the deadliest attack on the Jewish community in the United States. It claimed the lives of 11 worshipers and injured six others.

“They reached out to us to provide services to help with processing the trauma,” Stephanie Miller told the Chronicle. “Our services fit really well with the mission of 10.27.”

The story explores the couple’s background in music, plus research that suggests the value of music therapy. It covers the Millers’ general approach to the weekly drum circles, which can vary from meditative to raucous.

“We just create a space where people can come and express how they’re feeling in the moment,” she said. 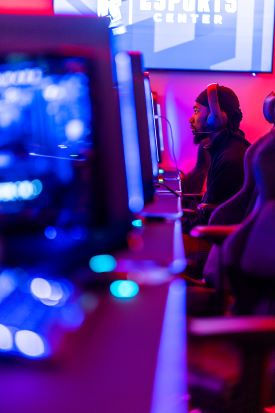 A resource for college and university gaming professionals, Campus Rec spoke to Radford Director of Recreation and Wellness D.J. Preston, who said the growing size of the school’s Esports Club, combined with the growing popularity of virtual competitions, paved the way for the facility.

“It became clear the student body needed a space designed for this new type of engagement,” Preston explained.