Highlanders in the News: Week of Sept. 5 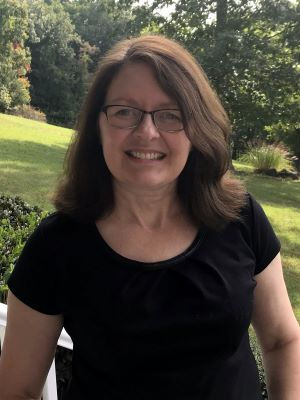 Even as childhood depression and anxiety appear to be on the rise, tens of millions of Americans face shortages of mental health providers, according to a recent article on Medical News Today written by Beth JoJack, MSW ’11.

One potential solution to these issues has emerged in the form of socially assistive robots (SARs) – technological devices that use artificial intelligence to help detect and diagnose mental health concerns in children.

While that prospect could strike some as an alarming substitute for human caregivers, the Medical News Today story cited a University of Cambridge study that suggests younger patients may tend to be more forthcoming when answering personal, diagnostic questions posed by SARs, which can be styled to resemble children or be given other forms that might be appealing or comforting.

The article also included insights by Diane Hodge, Ph.D., LSCW, director of Radford University’s School of Social Work, who called SARs the modern equivalent of the dolls and puppets she’s used in the past, as a means to put pediatric clients at ease.

Hodge said these newer devices are only used to assess children’s well-being, and to do so as quickly and easily as possible.

“This is just to get people access,” she told the news outlet.

“More kids today are just so used to it that they expect it,” Hodge said. “I’m all about technology that really enhances and helps people.”

The profile, by Carolyn R. Wilson, is extensive and it covers numerous chapters of Icenhour’s full life, including her Buchanan County upbringing, her career as a first-generation college student at Radford University in the 1960s and 70s, and the approximately 65,000 miles she commuted while earning her Juris Doctor degree from Appalachian School of Law.

It also touches on her time as an interior designer, a teacher, a 4-H extension agent and a stint as Abingdon, Virginia’s municipal attorney and includes a video interview as well.

The central focus of the piece, however, is Icenhour’s recent appointment to serve as president of the Virginia Association of Fairs.

That’s a two-year term during which time she will set and preside over annual conferences attended by representatives for more than 60 state fairs, among other duties, according to the story.

Icenhour, who served as VAF vice president from 2017 to 2019, also spent two decades on the board of directors for the Washington County Fair and she will retain her involvement with that annual Abingdon-based event when it kicks off Sept. 12 and runs through Sept. 17.

The fair’s theme this year is “Celebrating the Beauty of Washington County.”

Icenhour is the first Washington County resident to serve as VAF president in the organization’s 104 year history, the story said.

“I’m supposed to be retired, but I just can’t seem to let go yet,” she told the Herald Courier. “If it needs to be done, you get right in there and do it.” 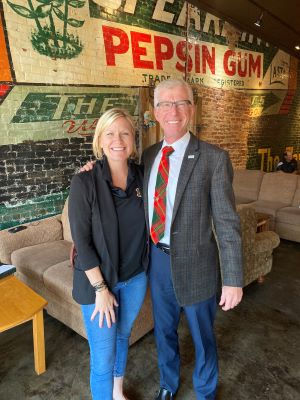 The last week of August was a busy one for Radford University President Bret Danilowicz.

In addition to his duties on campus and helping his first class of freshmen get settled, he was on the move a lot and some of those stops were reflected via social media, specifically Twitter.

On Aug. 24, he joined Radford High School Principal Tara Grant ’03, M.S. ’09, who tweeted a photo of their meeting at the Radford Coffee Co.

“I enjoyed coffee with Radford University President Bret Danilowicz this morning,” Grant wrote in her message. “I am so encouraged about partnering to create opportunities for our students and community.”

The community college welcomed Danilowicz with a group photo on Twitter which – print media hold-outs, take note – was also published in the Sept. 3 issue of the Radford News Journal.

Two days after that, the president ventured north, to the Radford University Carilion campus in Roanoke. There, on Aug. 31, he met with Virginia State Delegate Chris Head, representative of the 17th District which covers parts of Roanoke City, and parts of Botetourt and Roanoke counties.

The pair also posed for a photo, and later that evening Head tweeted their portrait alongside an optimistic message.

“It was inspiring to discuss the ample opportunities and unlimited potential for expanding healthcare education in our region.”