Highlanders in the News: Week of Sept. 26 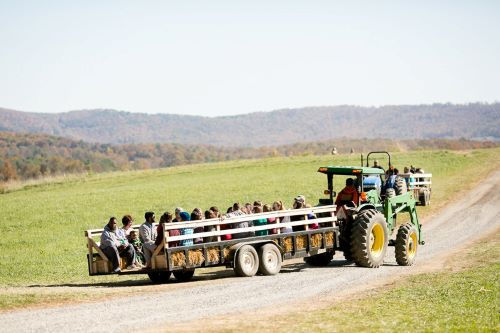 Montgomery County’s Sinkland Farms and its owner, Susan Sink ’74, M.S. ’78, are the subject of a Sept. 15 article on Cardinal News.

It’s a lengthy and sprawling piece, which seems fitting given “Sinkland’s 125 acres of rolling fields and pastures” that is reportedly home to 15,000 pumpkins and gourds.

Sinkland is a component of the state’s burgeoning agritourism business – essentially, tourism related to agricultural interests such as ranches, corn mazes, hayrides, petting zoos, Christmas tree farms and more – which the story says was responsible for $2.2 billion in economic activity in 2015, when the field supported 22,000 jobs.

An official in the article says an estimated 7.5 million people visit Virginia agritourism destinations each year, and no shortage of those tourists visit Sinkland, which each fall presents a pumpkin festival that hosts an estimated 40,000 guests across six weeks, according to Cardinal.

It added that 8,000 children from about 100 school systems pass through Sinkland yearly on tours, and students from colleges and universities increasingly use it as their settings for workshops, practicums and internships in such fields as hospitality management.

The article also covers the life and experiences of Sink, who studied business and marketing at Radford University and later, during the 1970s, worked in its admissions office. She purchased the farm around 1980 and has watched it grow and gain additional uses ever since.

“I just want to have people come and learn and be entertained in a very unique way,” Sink told Cardinal. “It’s very important for me to show people what a farm is all about.”

A former Radford business student and competitive golfer has discovered ways to merge those two interests for fun and profit, with something of an emphasis on the profit part.

In recent profiles by both Forbes and Inc. magazine, Brixton Albert ’10 talked about how he spent several years selling marketing software before launching Performance Golf, a Florida-based company that brings virtual golf lessons directly to players.

“In the age of Netflix, I thought there had to be a way to make it faster and easier online,” Albert told Inc.

In 2016, still on the narrow cusp of 30, he invested $120,000 into his fledgling company, which offers a library of instructional videos and personalized feedback from professionals, plus one-off courses that feature experts such as Nick Faldo and Hank Haney.

“Last fall, with his golf-learning platform on track to net just under $30 million in revenue on the year, more than double 2020’s tally,” Forbes wrote, “he quit his day job to pursue his passion project full time.”

Good thinking, it turns out. As the articles go on to say, Performance Golf has about 300,000 customers  and is on track to hit $55 million in revenue by year’s end. Expanded options in 2023 are due to include “an enhanced video capture feature … that will track 17 different components of a golfer’s swing, producing a 3D skeletal swing motion view.”

While it may sound complicated, for Albert it’s simply part of the game.

“We want to help golfers take ownership of what is wrong with their swing and how they fix it with an organized plan, rather than piece together a million things that really may not even apply to you,” he said. 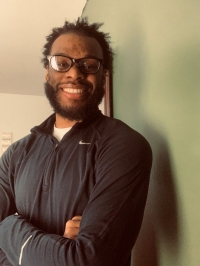 On a new track

An announcement by MGCC said Wyatt, after graduating from Radford with a bachelor’s degree in communications, earned a master’s degree in recreation and sports administration at Western Kentucky University. While there, it said, he ran track and holds records in the 60m hurdles and 110m hurdles, was conference champion and earned All-American Honors.

Additionally, he was an assistant coach for three years at James River High School in Buchanan, Virginia, and founded a company, ExecuteFam, LLC, which provides personal training and motivational speaking.