Highlanders in the News: Week of August 29 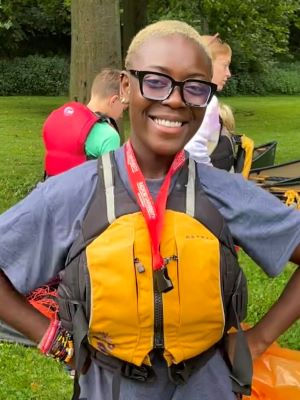 Nearly 200 members of the Radford community turned out to take part in the New River Cleanup on Aug. 27, and Highlanders were right out there with them.

Of the approximately 180 volunteers who took part, Radford Economic Development Director Kim Repass estimated this week that about half of those were students or staff from Radford University.

Gifty Kwofi, a junior from Richmond who majors in recreation, parks and tourism, spoke to WDBJ7 for a news story about the conservational effort, which occurs on the last Saturday of August and is now in its seventh year.

“As students, it helps us interact with our community, and it helps us be active,” she told the Roanoke news station. “We learn more about each other; we branch out to each other.”

Kwofi is a member of two university clubs that joined the cleanup effort, and others were involved as well.

The event is coordinated each year by the New River Valley Regional Commission. Since 2016, more than 2,500 people have taken part including students, scouts, volunteer groups and ordinary citizens, and they've been responsible for clearing some 32 tons of trash from across about 60 miles, according to the organization. 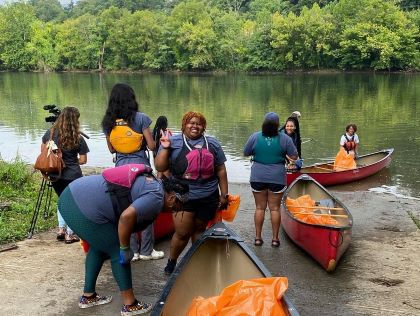 She supervised the phase of the operation that worked out of Bissett Park between Shelter Three and the community gardens.

Four other locations around the valley were also cleared the same day: Giles County volunteers met at Camp Success in Narrows; Montgomery County crews converged at McCoy's Whitethorne Boat Launch; a group from Pulaski County targeted Sheffey Park in Fairlawn; and another focused its efforts at On the Water in Floyd. 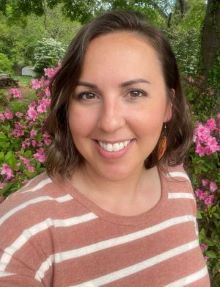 Sarah Short, M.S.Ed. '12, has been the education coordinator for Martinsville, Virginia's Piedmont Arts Association since 2020, and late last month, she was the subject of an ongoing interview series for her local newspaper.

She was profiled Aug. 28 for the Martinsville Bulletin's "Getting to Know" column, which spotlights different organizations and people who live and work in the area.

Across a series of general questions, Short discussed her hobbies, her favorite book, movie and food and the primary elements that, in her opinion, make for a perfect Saturday.

She also appears in a short video for the paper in which she talks about her experiences at Piedmont and the benefits the nonprofit art museum and educational outreach center offer the area.

Prior to taking her current position, Short worked as a middle school special education teacher, as well as an educational talent search coordinator at Patrick & Henry Community College, also in Martinsville.

"I utilize my M.S. in special education frequently when choosing and designing arts education programming," Short recently told Radford University. "I am working on developing a poetry program to incorporate literacy and the arts more directly.”