Highlanders in the News: Week of Oct. 24 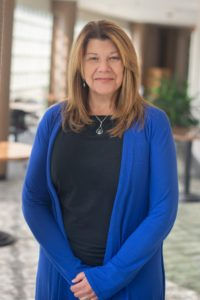 A Radford graduate who, so far, has logged about 35 years working in medicine was recently inducted as a national Fellow of the American Association of Nurse Anesthesiology (FAANA).

Lois Stewart ’87 was presented with that distinction in August, at the annual congress of the association in Chicago, according to a news release by South College and a Sept. 29 article on knoxtntoday.com.

At the ceremony, Stewart was recognized as part of “a select group of professionals who are recognized as accomplished leaders and outstanding practitioners, educators, researchers and advocates,” the coverage explained, and she said she found the honor validating.

“It means that in my own small way, I have succeeded at contributing to a fantastic profession that has given me so very much fulfillment and opportunity,” Stewart said in a news release. “And in a very meaningful way, it indicates that my years of effort to honor the example of my mentors and role models have borne fruit and been recognized.” 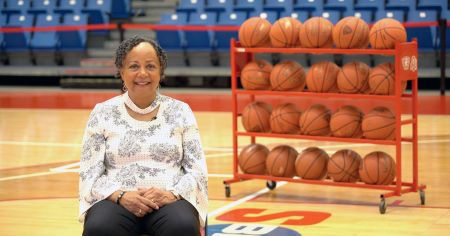 Not long after Charlene Curtis ’76 passed away on Aug. 18, numerous memorials sprang up to commemorate the life of the late Radford University basketball icon.

A belated but no less significant tribute emerged Oct. 20, when Curtis was among those tapped for a 2022 ACC UNITE award. Created by the ACC’s Committee for Racial and Social Justice, it is presented to athletic figures within the league who made significant impacts in those areas.

Specifically, the UNITE award recognizes those who created meaningful, lasting changes, acted as pioneers in paving the way for minorities and exemplified the ACC’s efforts to “promote and encourage racial equity and social justice through education, partnerships, engagement and advocacy,” according to its definition.

Curtis, who tried out for Radford University’s women’s basketball team in 1972, became the school’s first Black athlete and, in 1984, its first Black head coach of the sport.

Later, she repeated that accomplishment twice by becoming the first Black head women’s basketball coach at Temple University and, in 1997, at Wake Forest University and, by extension, within the ACC’s history.

Each ACC school is allowed to pick two people to receive the award, which is now in its second year. Curtis, who died of cancer in August at 67, was selected by Wake Forest.

The ACC published full details of the 2022 UNITE awards on its website, and Curtis’ designation was also covered by The Roanoke Times on Oct. 20. 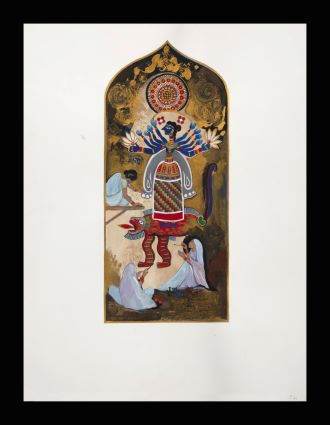 The Maithila Draw Durga, Gouache on paper (16" x 7") by Martine Le Coz. [Image reproduced with her permission]

Back in September, Highlanders in the News let you know about an editorial spotlighting a series of Indian art exhibits held at Radford University and elsewhere around the New River Valley. That piece called the collective works “history-making.”

The overall series, which includes works from and inspired by the Dalit community of the Mithila region, has prompted another essay, published Oct. 25 by Susan S. Wadley, an emerita professor of anthropology at Syracuse University.

Wadley is a scholar who went to India in the early 1960s and began her doctoral work there. She also curated a 2019 exhibition of Mithila art.

As such, it stands to reason that when she recently visited the Virginia exhibits, she had extensive thoughts.

Some of her resulting essay is contextual, some analytical and some technical, but Wadley’s perspective offers trained and experienced insight for anyone thinking about sampling the work, a move she recommends.

“I found these exhibitions to be extraordinarily innovative and challenging — and heartily encourage anyone interested in art, and/or India, to take advantage of this unprecedented opportunity to explore the marvels of Mithila painting,” Wadley wrote.

Her full thoughts on the works are available here. 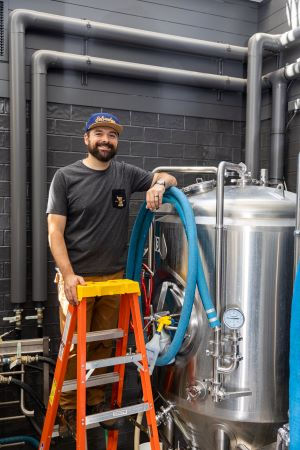 Josh Skinner ’10 has an extensive background in the beverage world – he’s spent most of the past decade crafting beers in Charlottesville, Virginia, and, over the summer, became head brewer at Selvedge Brewing.

Craft Brewing Business, a trade website that covers the business of beer, included Skinner and his new position in its Oct. 17 overview of recent news.

The item notes that soon after Skinner graduated with a degree in archaeology, he enrolled in a professional brewing program at Chicago’s Siebel Institute of Technology. Afterward, he worked for eight years at Champion Brewing Company, first as lead brewer and then for 3 1/2 years as Champion’s director of brewing operations.

“He made the move to Champion Brewing just as they were beginning a major expansion and played a crucial role in the brewery’s growth for eight years,” Selvedge offered in a note about Skinner’s hiring on its website.

“Quality and innovation have always been paramount to the vision of Selvedge, and Skinner looks forward to building on that foundation,” Craft Brewing Business wrote. “With Skinner at the helm, Selvedge customers can look forward to a diverse tap list.”