Highlanders in the News: Week of Oct. 17 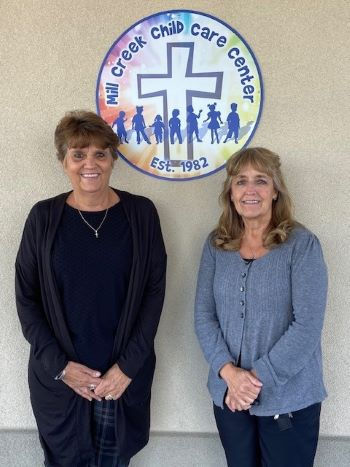 They’d previously seen a newspaper ad seeking daytime assistance in looking after a 3-year-old boy and possibly other children, so the duo responded by submitting a typewritten response, which reportedly began: “Hey, we’re graduating! We would love to help you with this!”

Soon after, the job was theirs and remains so even today.

This week, some four decades later, the two of them are marking their 40th anniversary at the helm of the Botetourt County facility. Mill Creek Child Care Center operates out of Mill Creek Baptist Church and offers weekday supervision services to children ages 2 through 12.

An Oct. 11 profile in the Fincastle Herald – the same paper that ran the original want ad – looks back with Ramsey and Mowles, best friends since the third grade and nearly lifelong coworkers, at how much has changed in the interim.

Among their accomplishments: they made the push to get the center its state licensure, gradually expanded the complex from one room to six and have shepherded approximately 2,000 young enrollees through the facility, the earliest of whom should soon be approaching 50.

“It all just fell into place,” Ramsey told the newspaper.

Mowles also revealed one of the secrets of their longevity: “It works, but you work at it continually, and you’re supportive of one another.”

An official celebration of the center’s 40th anniversary will be held at Mill Creek Baptist Church on Sunday, Oct. 23, at 11:45 a.m. 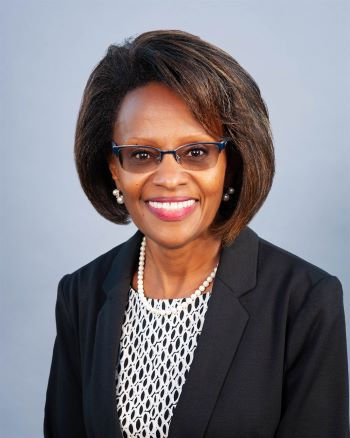 Franklin County Public Schools’ superintendent has announced she will retire late next year, capping her quarter century of service in education.

Her selection as Franklin County Public Schools superintendent followed a nationwide search and made her the first Black official to hold that position, a WSLS news story said at that time.

During her 25-year career with the school system, she was also principal of Benjamin Franklin Middle School and both Boones Mill and Snow Creek elementary schools, as well as assistant principal at Franklin County High School and the division’s K-5 curriculum and instruction director, according to an Oct. 11 story by The Roanoke Times.

“The school board, the staff and I have done good work together during my tenure ... and we will continue to do good work until my tenure is up,” Cobbs told the news outlet.

“Schools are the hub of communities and the decisions made by the superintendent,” she said, “and the board and our school leaders and staff impact the entire community and beyond.”

Cobbs’ term will officially come to a close in November 2023. 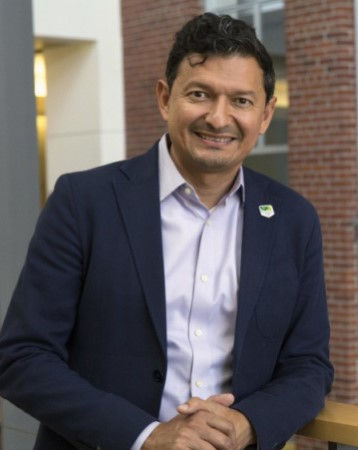 Juan-Carlos Molleda, M.A. ’97. [Photo courtesy of the University of Oregon]

A professor who is the Edwin L. Artzt Dean at the University of Oregon’s School of Journalism and Communication – and who earned his master’s in corporate and professional communications from Radford University – has been tapped for a national award for his work in public relations.

Juan-Carlos Molleda, M.A. ’97, will receive the Pathfinder Award from the Institute for Public Relations on Dec. 1 at a ceremony in New York City, according to a UO news release.

It cited his “sustained contributions to the field of public relations through research, education and leadership.”

Molleda did his undergraduate work at the Universidad del Zulia in Venezuela before coming to the United States in 1994, where he attended Radford University.

He later earned his doctorate in journalism and mass communications, with an emphasis on international public relations, from the University of South Carolina in 2000. Prior to his position in Oregon, he taught at the University of Florida for 16 years, the release said.

“I couldn’t have received this lifetime achievement award without the support of my family, mentors, friends, leaders of industry and institutions that have believed in me since I came to this country 28 years ago,” Molleda said.