Highlanders in the News: Week of May 9 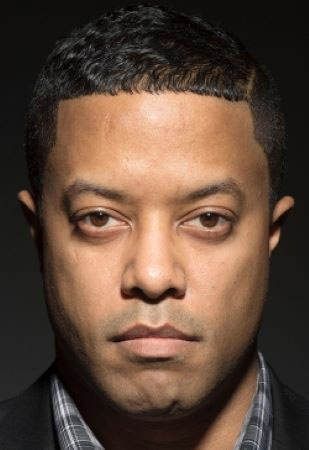 Last week marked two decades since a pair of momentous occasions shook up the life of David Betancourt ’02 almost as fast as a radioactive spider bite.

The first was that he graduated from Radford University.

The second? He went to see the 2002 blockbuster “Spider-Man,” in which mild-mannered student Peter Parker is transformed into the web-slinging, wall-crawling Marvel Comics hero after he’s chomped upon by an irradiated arachnid.

“I was supposed to be a sports writer. But then ‘Spider-Man’ happened,” Betancourt recently wrote of the film. “I walked out not only convinced that I’d seen one of the greatest contributions to comic book culture, but also with a determination to somehow one day be a part of it.”

That’s exactly what came to pass, too.

Today, 20 years later, Betancourt is a staff writer for The Washington Post Style section and its Comic Riff blog, as well as the newspaper’s daily comics editor.

On May 4, to mark both anniversaries, Betancourt wrote about his “origin story” in The Washington Post, including what his undergraduate degree from Radford meant for him and his family, the power of comic book mythologies and the fact that last year he got the chance to pen a Spidey adventure of his own for Marvel Comics’ “Marvel's Voices: Comunidades” series.

Betancourt’s Post account is a loving remembrance that also includes a cameo by a local landmark. In his story, he reveals he took in his “Spider-Man” screening slightly earlier than most because a mutual friend just happened to manage … the Radford Theatre. On the night prior to the film’s May 3, 2002, premiere, he and some staffers and other friends spread out in the theater to watch as the manager ran the movie, ostensibly to check the print.

You might say his exit review was fairly positive.

“After the movie ended … my braces could not contain the wattage of my smile,” Betancourt recalled. 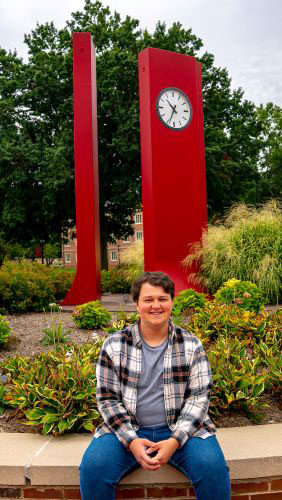 Oak Bradshaw '22 graduated with a political science degree on May 7, which he earned in just three years, thanks to numerous dual-enrollment courses he took in high school.

Oak Bradshaw ’22 may have spent less time on campus than most undergraduates, but it’s really nothing personal.

A young man in a hurry, he earned his political science degree in just three years, thanks to numerous dual-enrollment courses he took in high school.

“To me, Radford just feels like home. There’s always friendly faces,” the Bland County native told The Roanoke Times in a May 6 profile, a piece that ran the day before Bradshaw graduated alongside 1,275 other newly certified Highlanders.

And though his time at Radford University may have been brief, the article lists numerous accomplishments he achieved in the meantime.

“He was the first Radford senior to receive a student-funded scholarship, paid for with donations collected by more than 1,600 seniors during a four-year span,” reporter Luke Weir wrote, noting that Bradshaw graduated as president of the Alpha Beta Zeta Chapter of Alpha Phi Omega National Service Fraternity and was the secretary for sustainability for the school’s Student Government Association.

He also managed a program that recycles plastic bags into campus benches.

“I really like being able to do things to give back to the community,” Bradshaw explained. “Radford has a very giving attitude on campus, and I love that I’ve been part of the giving attitude here.”