Highlanders in the News: Week of May 23 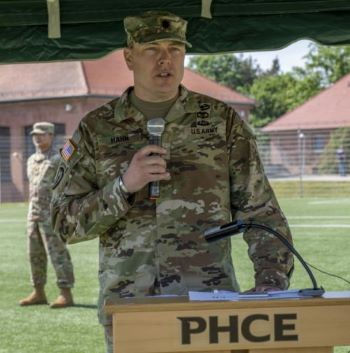 A Highlander with more than two decades of active duty with the United States Army has been named a battalion commander, and he’s been interviewed about the promotion by a newspaper from his home state.

A story last week on the Montana Talks website said Hahn takes over from a fellow native of that state, Lt. Col. Nicole Charbonneau of Billings, who “will soon promote to a full bird colonel” and will be reassigned to Fort Hood, Texas.

It operates eight veterinary treatment facilities in Germany and another in Belgium, as well as the Veterinary Medical Center Europe in Kaiserslautern, Germany, which is considered “the Army's premier, forward-deployed Role III medical and surgical center for military working dogs."

Hahn and Charbonneau were interviewed by Montana Talks for a 13-minute chat about their work and their careers, which is accessible through an audio player at the end of the story.

Their change of command ceremony, which was held last week, can also be streamed through the Public Health Command Europe’s Facebook page. 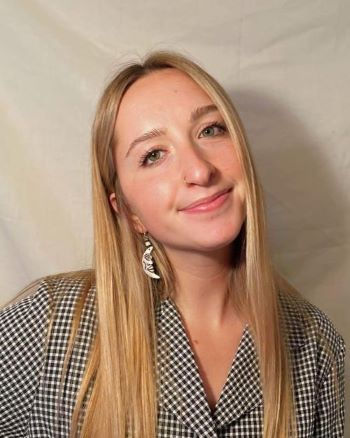 “Peace” is the word

When the Peace Corps suspended its global operations in March 2020 because of the burgeoning pandemic, the international service agency evacuated nearly 7,000 volunteers from more than 60 countries.

Last March, some two years later, the organization began sending its volunteers back to work.

Among those numbers will be Anne-Kirk Terry ’21, an elementary education graduate from Pulaski, Virginia.

Terry leaves June 3 for Washington, D.C., and will then fly to West Africa. She arrives in Gambia on June 6, for about three months in a training village, and will then work as a teacher-trainer.

“I’ll help Gambian teachers create more student-centered lesson plans,” with a focus on literacy and numeracy, she said this week. This is her first time participating in a Peace Corps effort.

Terry’s efforts were recently reported by the Pulaski County news website The Patriot and by The Southwest Times.

“The notion of serving others in a completely different country enticed me, mostly because I would have the ability to learn about an entirely new culture and way of life while fully experiencing it,” Terry said in the stories.

Both reports said the Peace Corps will continue to monitor COVID-19 trends in all of its host countries and send volunteers to serve as conditions permit. 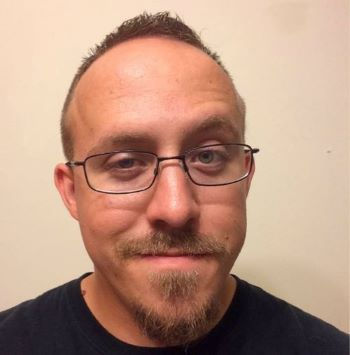 The leader of the band

The last time Andrew Johnson ’12 appeared in “Highlanders in the News” (in the Nov. 29 edition), he was marching alongside nearly 300 other musical instructors, playing his tenor saxophone in the Tournament of Roses Parade in Pasadena. California, just before the Rose Bowl game on New Year’s Day.

Johnson returns to the column again with the May 10 announcement he has accepted the job of band director for Kansas’ Liberal High School, his early alma mater, following three years directing the student band at Eisenhower Middle School, also in Liberal.

He’s worked as an instructor in the school district for about eight years, all told, and currently teaches bowling at the high school as well.

“I am excited to once again teach at the school I attended, where I discovered my passion for music,” Johnson told KSCB Radio News.

“Johnson is well known for his love of music and his ability to build relationships with students,” activities director Kerri Miles told the station. “I am looking forward to [him] leading the band program moving forward.”