Highlanders in the News: Week of May 2 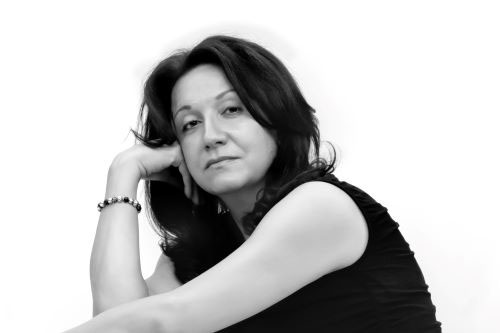 Author Kristina Gorcheva-Newberry, M.A. ’03, recently published her first novel, “The Orchard.” It’s a coming-of-age tale partially set during the 1980s amidst the collapse of the Soviet Union.

An “Orchard” of inspiration

A local writer whose highly topical new book is gaining accolades has been the subject of recent profiles.

In March, just a few weeks after the Russian invasion of Ukraine, Kristina Gorcheva-Newberry, M.A. ’03, published her first novel, “The Orchard.”

It’s a coming-of-age tale partially set during the 1980s amidst the collapse of the Soviet Union.

The story is also semi-autobiographical: Gorcheva-Newberry was raised in Russia and worked as an interpreter but left in 1995, after meeting her future husband, a Southwest Virginian, and moving with him to Bland. 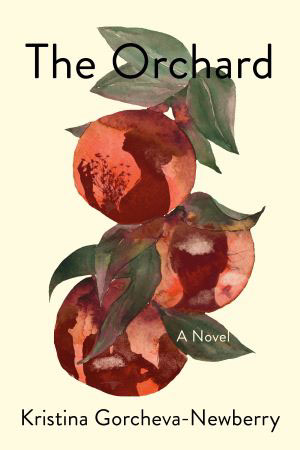 According to an April 29 profile in the Bland County Messenger, by the early 2000s, Gorcheva-Newberry was at Radford University, earning her master’s degree in English and drawing newfound inspiration from such female writers as Toni Morrison and Virginia Woolf.

In that article, Gorcheva-Newberry credits her professor, Moira Baker Ph.D., with pointing her toward those influences.

“It all started at Radford,” the author told the newspaper, adding that “The Orchard” likely could not have been conceived had she not encountered Morrison’s book “The Bluest Eye” and its handling of trauma, loss and grief from a female author’s perspective.

“That was a revelation to me,” she said.

A Cardinal News story about the author last March quoted Baker, who praised Gorcheva-Newberry’s “extraordinary use of language” early on, despite the fact that the student was working in her non-native tongue and, occasionally, non-narratively.

“Her sentences, even in that stodgiest of forms – the academic research essay – were at times deftly crafted, rhythmically flexible and compelling in their movement,” Baker told Cardinal. “Clearly, there was an unusual gift with language at work in the crafting of those sentences, a gift that not everyone who aspires to be a writer possesses.”

In the time since, Gorcheva-Newberry has won literary prizes and published upwards of 50 short stories in such forums as The Southern Review, TriQuarterly and Zoetrope: All Story. She has received nine Pushcart Prize nominations for her work.

According to the Messenger story, Gorcheva-Newberry will read from her novel at the Bland County Library on Tuesday, May 10, from 5 to 7 p.m.

A honeymoon in Australia followed by a cruise around New Zealand sounds like a restful and fairly relaxing vacation. For one alum, however, it veered unexpectedly into disaster.

The story involves an overseas trek taken by Lauren Urey ’10 and her husband in 2019, and their sightseeing tour near an active volcano on White Island. On that day, Dec. 9, a sudden eruption occurred, and according to a report by The Associated Press, “47 people were visiting when superheated steam spewed out from the crater floor.”

Twenty-two people were killed, according to reports, and more than a dozen others, including Urey and her husband, suffered severe burns and required extensive hospitalization.

Since the incident, the couple has steadily followed a long road to recovery, and Urey eventually managed to continue her graduate work at Old Dominion University.

The ODU magazine has a detailed and occasionally harrowing account of their story, but it does conclude with an upbeat coda – Urey is set to graduate from ODU with a degree in medical laboratory sciences later this week.

Less than a year after launching an exceptional learners program at the school where he teaches, a Highlander has been named one of Augusta County Public Schools’ Teachers of the Year 2021-2022.

According to the Staunton Daily News Leader, the school system chooses one teacher from each of its 18 schools and its Shenandoah Valley Center for Advanced Learning for the annual honor.

Cash, who graduated from Fort Defiance High, is also the school’s golf coach and coordinates its annual Thanksgiving Day project, distributing meals on that holiday.

“Scott comes from a long line of teachers, so it was natural for him to choose education as his career,” the story said.

“This past summer, he took on a new teaching position as he formed the exceptional learners program at Fort. In this new role, he finds great joy and fulfillment as he seeks to build relationships with his students and their families.”