History professor discusses hitchhiking and the counterculture on ‘With Good Reason’ 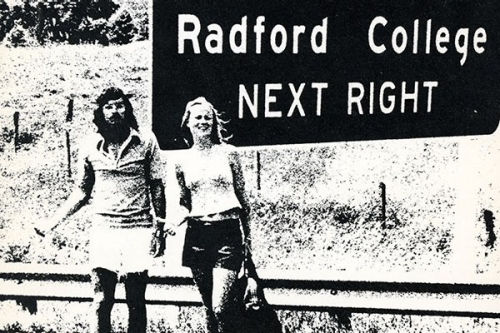 For more than a year, Radford University Professor of History Richard Straw, Ph.D., has been interviewing people who stood along highways, stuck out their thumbs and hitchhiked their way through the United States in the 1960s and ’70s.

The interviews and research will be part of a book Straw is writing about “hitchhiking, road trips and counterculture,” he said. Straw has taken to Facebook groups to find hitchhikers from a period historians call “the long ’60s,” which spans from President John F. Kennedy’s assassination in 1963 to Richard Nixon’s resignation as U.S. president in 1974.

“It was during the time when the counterculture was at its peak,” Straw explained, with the civil rights movement, Vietnam and Woodstock at the center.

It was also a time when young Americans sought freedom through an open road, lively music, community and perhaps a place to sleep on a floor in a crash pad in San Francisco, “the mecca of counterculture,” Straw said.

The point of the project is to tell the hitchhikers’ stories, “to illuminate their experiences” and “to make events and people from the past come alive so people from the present can read about it and get a sense of what those experiences were really like,” Straw said.

Straw will speak about his research during a recorded interview on the “With Good Reason” public radio program and explain what he has learned so far from the project.

His interview will air June 3-9, 2022, on more than 60 radio stations across the United States.

Listeners in the New River Valley can hear the program at 6 p.m. Tuesday, June 7, on Public Radio WVRU 89.9. The show is also available as a podcast at withgoodreason.org.