Highlanders in the News: Week of June 27 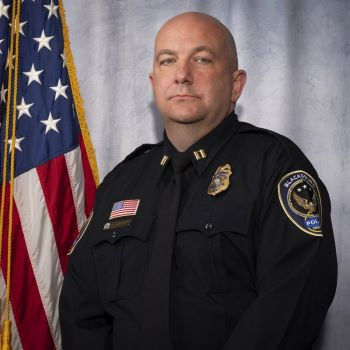 A rise through the ranks

As the Blacksburg Police Department welcomes its new chief this week, it’s also ushering a Highlander into that top leadership position.

Capt. Todd Brewster ’96, whose term begins July 1, is a 25-year veteran of the department, having started as a dispatcher in 1997 before becoming an officer two years later. Since then, he has also supervised Blacksburg’s accident reconstruction team and served as the DMV grant coordinator.

In late 2020, Brewster was promoted to captain and has overseen the department’s accreditation processes, community outreach and criminal investigations, as well as recruiting, hiring and training. He succeeds former chief Anthony Wilson.

"He has the skills to lead the department into the future and will continue to build upon the relationships he and our police officers have established in our community," Blacksburg Town Manager Marc Verniel said in a news release.

Brewster’s advancement was covered by The News Messenger on June 17, in an on-camera interview with WFXR News on June 18, and on June 19 in New River Valley News.

On June 26, Brewster also sat down with The Roanoke Times to answer five questions. The incoming chief discussed how policing in a university town differs from serving other types of localities, the effect protests and similar national discussions have had on law enforcement, and what his primary concerns are as he takes command.

“To our citizens in Blacksburg,” Brewster said, “All they have to do is call us, and we’re coming, no matter what the situation is.”

Although Julie Dickens ’98 graduated with a double major in biology and chemistry — and later became a neonatal nurse — her minor degree in dance now forms the central component of her current career.

A former member of the RU Rockers dance team, Dickens is now the artistic director and CEO of JDM School of Dance in McKinney, Texas. The school accepts students of all ages, from adults to children as young as 18 months.

Dickens recently spoke with Living Magazine, a lifestyle publication that focuses on northern and southern Texas, and she talked about her school, its classes and camps and what students and parents should know about it.

Dickens’ school is online at www.jdmschoolofdance.com. 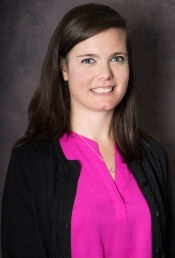 When an early draft of a Supreme Court ruling to overturn Roe v. Wade was leaked in May, WDBJ7-TV talked with assistant professor of political science Allyson Yankle, Ph.D., who outlined the potential implications.

On June 24, after the high court’s opinion became official – returning decisions regarding abortion rights back to the states for the first time since 1973 – the Roanoke news station again spoke to Yankle, who speculated on how the changes wrought could affect Virginia, at least in the immediate future.

“With divided control in the House of Delegates, with the lower chamber and upper chamber, I don’t expect there to be any sudden movements until potentially the next election,” Yankle told WDBJ7.

She expanded on that in an interview with Richmond’s WTVR, deeming the issue “a political motivator” for those on both sides of the debate.

“Democrats are going to, of course, say, 'In order to protect the right to abortion, we need to enshrine this either in law or in a constitutional amendment at the state level,'” Yankle said. “And Republicans are going to be motivated to say, 'We need to have control of both of the chambers in order to pass legislation to really solidify the fact that we don't want abortion or we want to limit abortion rights in Virginia.'" 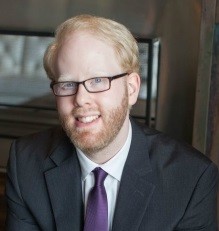 Where the chips fall

Assistant Professor of Management Zach Collier, Ph.D., has been a key voice in raising the issues of semiconductor shortages and overreliance on outside sources for the components; in April, he published an opinion piece on that subject for Newsweek.

More recently, on June 13, Collier appeared as a guest on the Global Auto Industry podcast to talk about how a lack of those microchips — fueled in part by the pandemic, supply chain issues and Russia's ongoing war against Ukraine — is affecting the auto industry.

As a result, Collier said, they require increasing numbers of semiconductors, which are becoming more and more scarce, and the effects of that are starting to show.

"In 2021, over 7.7 million fewer cars were produced than would've been” because of the chip shortage, he said on the program.

In the podcast, which runs about 14 minutes, Collier addresses that as well as other risks the auto industry is facing and how those issues might best be managed and mitigated.