Highlanders in the News: Week of June 20 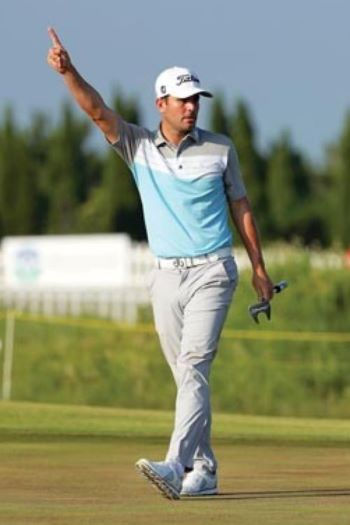 Here’s a pair of Harper’s Index-style factoids for fans of the links:

The number of times golfer Callum Tarren ’14 has competed in the U.S. Open – two.

The number of times Tarren’s golf clubs have been separated from him en route to the U.S. Open – two.

When sportscasters talk about players defying the odds, well … they don’t usually mean statistically improbable hassles like that.

Nevertheless, when the 32-year-old marketing graduate from Darlington, England, arrived at the tournament – which ran June 16-19 in Brookline, Massachusetts – Tarren had to be feeling at least a touch of déjà vu.

“I got here, no clubs,” he told Golfweek in a recent profile. “Five other players on my flight. They all got golf clubs, so it was the second U.S. Open I’ve played in and second time no golf clubs.”

While the first incident, in 2019, took days to resolve and included a $450 cab ride from San Francisco to the course at Pebble Beach, this latest separation was taken care of within a few hours and through an assist by the airport staff.

Golf Digest also picked up the story, as did the Associated Press, which covered the full results of the tournament in a June 19 story.

Despite his travel misfortunes, Tarren remains a golfer to watch. In August 2021, while competing at the Nationwide Children’s Hospital Championship, he carved a spot in local sports history when his performance made him the first Highlander to earn a PGA Tour card.

On June 23, his showing at Brookline prompted a profile on Cardinal News by sportswriter Doug Doughty.

"The mere thought of golfer Callum Tarren ranking among the first-day leaders at the men’s U.S. Open has to rank among the memorable accomplishments by a Radford University athlete," Doughty wrote.

"What’s more impressive is, he didn’t fade,” he added. “After registering a 3-under par 67 in the first round ... Tarren finished with a 69 and a tie for 38th," edging out PGA Tour notables like Justin Thomas, Jordan Spieth, Brooks Koepka and Bryson DeChambeau.”

Doughty's story also explains how the Englishman wound up at Radford and casts an optimistic eye on his competitive prospects.

“Callum is one of the longest players I ever saw in college. Until this day, I’ve never seen anybody who could hit the ball as far as he does," Grant said. 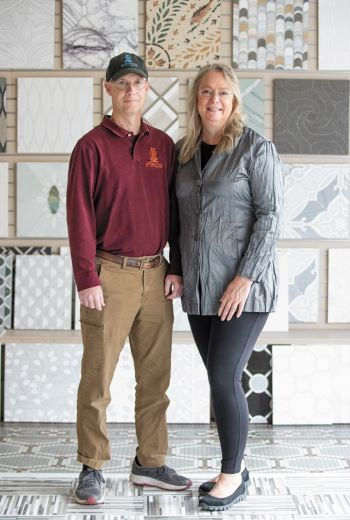 As Radford art history students, Sean and Cindy Haynie, both ’87, bonded in part through their common interest in Grecian and Italian mosaic tile work.

Today, such pieces form a big component of their livelihood. Their Petersburg, Virginia, design and manufacturing shop, Appomattox Tile Art Company, opened in 1998 and will soon mark its 25th anniversary.

In a June 13 interview, Cindy Haynie sat down with Richmond Magazine and talked about their establishment and her sources of inspiration for design while also offering a  few tips for tiling.

She also talked about current trends in the field.

A June 16 report by WFXR-TV shared details of an ongoing effort by Radford Athletics to raise funds for a mobile production broadcast trailer.

That can sometimes create technical and logistical challenges, especially when more than one event occurs at the same time, so a trailer would give the gear and the crews more portability.

“This is something we have been wanting for a very long time,” Radford Highlander Sports Information Director Nate Wise told the Roanoke news station.

Wise said the trailer would allow the Highlanders to stream more programs on ESPN+, would give student videographers and other workers a better learning experience, and would provide the athletic program wider exposure “for fans or alumni or the general public all around the world.”

A production trailer would also expand coverage to include, for example, Radford’s men’s and women’s tennis teams, according to the plan.

For more information about the Highlander Digital Sports Network, or to contribute toward the production trailer, you can visit the project’s Hive page.