Highlanders in the News: Week of July 11 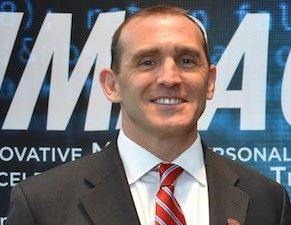 Wired-in to the future

In a July 3 story for The Roanoke Times, the lab’s executive director, Matthew Dunleavy, Ph.D., spoke about the expanded options scheduled to become available in October. They will be funded by a $1.2 million grant from the U.S. Department of Education to Radford’s Professional Accelerated Cyber Education (PACE) program.

Cyber-sector jobs boasted a median annual wage of approximately $97,000 over the past year, according to the article, and recent federal relief funds are helping to provide high-speed internet to users in more rural areas.

“Our goal is to provide students and teachers in rural schools with world-class, state-of-the-art training in these high-demand fields,” Dunleavy told the newspaper. “In Southwest Virginia and Southside Virginia, there’s a lot of fantastic teachers, schools and kids in those schools that can really benefit.”

IMPACT’s move will offer pre-college students and educators an online certificate program that’s self-paced and competency-based and is equivalent to about 18 college credit hours. Students who excel will be able to advance toward industry-endorsed certifications. 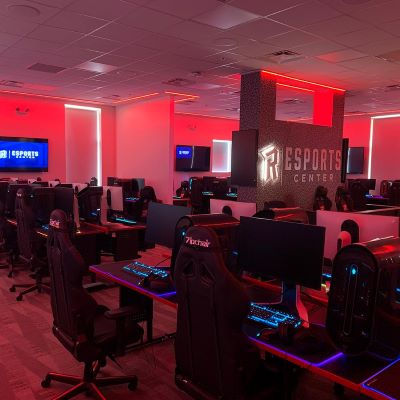 In electronic competition, timing is everything, a factor that made National Video Game Day a perfect moment for Radford University to hit social media with announcements of its new Esports center.

Located in Cook Hall, the state-of-the-art facility will be home to the largest club on campus, Radford Esports and Gaming, a group that has amassed about 100 members since it was founded in 2017.

The center will give students a place to compete against each other in the broadening field of electronic sports, and will help support the university's new Esports minor.

WFRX News reported the announcement, noting that the university was “leveling up,” which, in videogame-speak, is an improvement. Notices of the center’s opening also drew “likes” and lively discussion on Radford University’s Facebook and Twitter pages.

The Esports center will officially open later this summer.