Emeritus professor of psychology focuses on helping others’ research 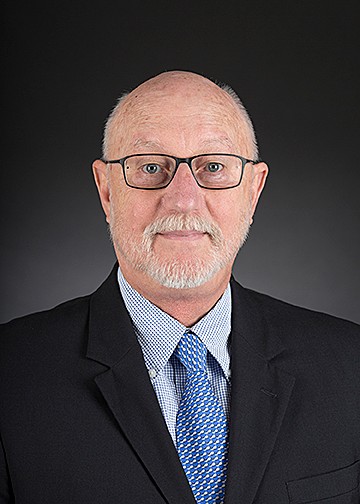 Francis C. Dane, Ph.D., capped off his long career in higher education with a teaching and research position in the Department of Psychology at Radford University Carilion. Though his tenure there was short compared to some of his other postings, he found it a good and productive time.

“I have really enjoyed being a part of the psychology department,” Dane said. “it’s been a great three years.”

Dane, recently named a professor emeritus, officially retires from RUC on Aug. 9. He’s happy that his emeritus privileges, such as email and library access, will help him maintain his academic affiliations and connections.

“I spent more than 50 years affiliated with colleges and universities as an academic, and to be able to maintain my identity as an academic is important,” he said.

Dane has served in both teaching and administrative positions during his career. After positions at universities in Wisconsin, Kansas, New York, South Carolina, Georgia and Michigan, he arrived at the former Jefferson College of Health Sciences in 2010 as chairman of the Department of Arts and Sciences. After the 2019 merger with Radford University, he found himself spending more time in the classroom, teaching introductory psychology and social psychology classes on both the graduate and undergraduate levels.

“With the merger, I became a regular faculty member,” he said. “I spent a lot of time that first year trying to prepare courses and get a research program up and going again.” On the upside, he added, “I didn’t go to as many meetings. That was nice.”

A social psychologist, Dane’s research focus has been on how mindfulness affects peoples’ behavior in small groups. He’s also involved in research developing statistical models of public health outcomes, particularly end-of-life issues like cardiac resuscitation and heart dysrhythmias. He’ll be continuing his research in retirement, consulting with the American Heart Association and working with medical-school faculty, but with a lighter schedule than in the past.

“I’m going to be just an advice-giver and try to limit working to about 10 hours a week,” he said.

After his travel-filled career, Dane and his wife are happily settled not far from the RUC campus in Roanoke. “We really like it here,” he said. “The people are nice. We have all four seasons, but not too much of any one of them.

“When I came here to Roanoke, I didn’t plan for the psychology department at Radford to be part of my career, but I’m very happy it worked out that way, to be part of the department.  They’re a wonderful group of people, and I’ve been really thrilled to be a part of that group.”