Highlanders in the News: Week of Jan. 3 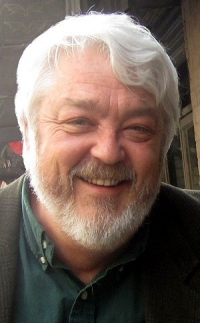 A recent faculty-penned article shines a light on a dark centennial for both the United States and the automobile industry: the 100th anniversary of the development of leaded gasoline.

According to the piece by Radford University Professor of Communication Bill Kovarik, Ph.D., Dec. 9, 1921, was the day researchers at General Motors first diluted gasoline with tetraethyl lead, intending to produce a quieter and more powerful fuel for cars.

They succeeded, but the practice of producing what became known as ethyl gas was later found to cause health problems for those who worked with or were otherwise exposed to the compound.

Kovarik describes how soon after, in the fall of 1924, dozens of workers began suffering from hallucinations and disorientation. At least 17 people died that year from lead exposure related to the gas.

He also traces efforts to prohibit the mixture, a lengthy tug of war that ran until 1996, when the U.S. banned the sale of leaded gasoline. But Kovarik points to that December day a century ago as the epicenter of the controversy.

"I see this anniversary as a time to reflect on the role of public health advocates and environmental journalists in preventing profit-driven tragedy," Kovarik wrote in an article for The Conversation, a nonprofit, independent news organization.

This is far from the first time Kovarik, who is also a historian, has written about industry, environmental and health concerns. He penned his doctoral dissertation on the issues of ethyl gasoline and has covered similar matters across the past two decades.

It's also not the only time he has been published by The Conversation, of late. In 2021, he authored two additional articles – one about privacy with regard to public figures, the other on the handling of controversial or inflammatory statements within media – in which issues from the 1920s and 1930s mirror contemporary elements of today.

A Highlander with nearly a quarter-century of educational experience has been named Patrick County (Virginia) High School’s new principal.

Hope Perry, M.S. ’98, was announced as the choice in a Dec. 22 story by the Patrick County newspaper The Enterprise.

Perry has worked as an educator for 23 years, with a quarter of that time in administration. She previously worked at Patrick County High as a math teacher and more recently served as the principal of Fieldale-Collinsville Middle School in Henry County.

“I want students and staff to feel worthy, valued and welcome at Patrick County High School so that they can reach their highest potential, and together we can create a positive school culture and family atmosphere,” Perry told The Enterprise.

She and her husband live in Spencer, Virginia.