Highlanders in the News: Week of Feb. 7 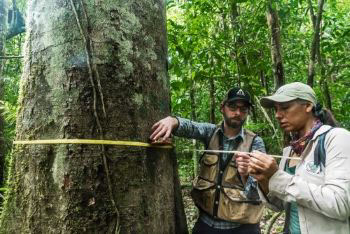 What can a Brazil nut tree in the middle of an Amazon rainforest tell you about climate and the environment?

Quite a lot, if you know how to ask, according to Stockton Maxwell, Ph.D., dendrochronologist and associate professor of geospatial science.

Maxwell was recently interviewed by the Ravel agency about his research of past climate sequences in the Las Piedras region of Peru’s Madre de Dios. He does this by taking core samples from trees and examining the rings inside.

“The Brazil nut tree is a charismatic species. It is a towering giant in the rainforests that can live for centuries,” Maxwell said. “I choose to study the Brazil nut because it is known to form annual rings, and it is sensitive to changes in precipitation. By studying the species, I hope to learn about past climate in the Las Piedras region and hopefully build a reconstruction of past moisture. This is critically important because we have little data about past climate in the tropics.”

Maxwell said he also occasionally examines tree growth rates and injuries to identify forestry disturbances in the past and has used carbon isotope concentrations to detect how trees alter their growth strategies as carbon dioxide concentrations increase. 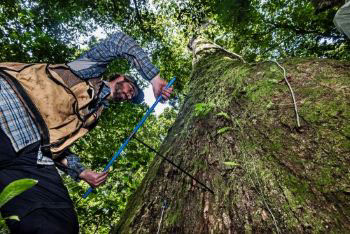 “By understanding the growth strategy of trees in response to anthropogenic carbon dioxide, we can better understand how forests will store carbon and potentially mitigate human-caused warming,” he said.

While Maxwell’s work has taken him across the country and to locations as far-flung as Mongolia and Zambia, the New River Valley remains his base of operations.

A 2014 video of Maxwell conducting research with a student shows their process for collecting tree ring samples.

A Radford University alum has been named the division chief nurse executive for 19 hospitals across Indiana, Kentucky, New Hampshire and Virginia. 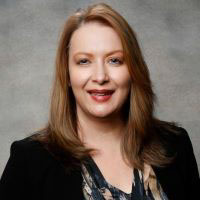 Erin Keister ’96 begins her new position with Richmond-based HCA Healthcare Capital Division on Feb. 21, according to a recent story in Virginia Business magazine.

Keister earned her bachelor’s degree in nursing from Radford and holds a master’s degree, also in nursing, from Jefferson College of Health Science, now known as Radford University Carilion in Roanoke.

She is a commissioner of policy and practice for the Virginia Nurses Association and an advisory board member for several nursing programs. For the past 10 years, she has served various roles with HCA and was a chief nurse officer at its hospitals in Chesterfield County and Hopewell, Virginia.

In a statement on her promotion, HCA Healthcare Capital Division President Tim McManus said that despite the COVID-19 pandemic, Keister “demonstrated the ability to recruit and retain high-quality nurses while maintaining the highest care standards for our patients.”