Highlanders in the News: Week of Feb. 21

Designer finds creative direction, with a side of politics

In the eight years since she graduated from Radford University, Amanda Gravely ’14 has risen briskly in the world of digital marketing and advertising.

Gravely works at Rising Tide Interactive, a Democratic digital firm in Washington, D.C., where she has supervised creative teams on projects for congressional and senatorial candidates, party committees, nonprofit organizations and more.

While she started as a graphic designer, in less than three years, she became a creative director. In 2019, she was promoted to vice president of creative, and oversees content, design, video and production teams for the company.

In a recent interview with the online trade publication Campaigns and Elections, Gravely spoke at length about her work, her methods and inspirations and the challenges of navigating today’s technological and political terrain. 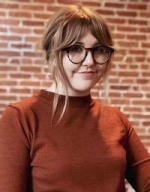 Asked about the kinds of content that currently succeeds in reaching online audiences, she pointed to a “platform-focused authentic approach.”

“We’re able to record people who are part of a community that we’re targeting our creative to, or they’re specifically affected by a candidate’s choices,” Gravely explained. “A lot of direct-to-camera, just telling their story. Not even a lot of bells and whistles.”

When it comes to trends in her field, size matters, she said: “Big text is everywhere, and I think it will continue to be everywhere because everyone is on their phone watching these things, so why not use as much space as we have? Bigger, the better. Bold, bright colors, we’re still seeing that take over.”

By way of constructive criticism, she advised others to be thoughtful about the platforms they use and to weigh their approach carefully and accordingly, because “you want to get people’s attention, but you don’t want to show up on TikTok and look like you’re trying way too hard.” 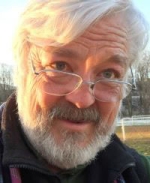 There were a lot of moving parts involved in Sarah Palin’s recent libel lawsuit against The New York Times – from trial delays caused by the former Alaska governor and vice-presidential candidate’s illness from COVID-19 to the judge’s decision to dismiss the case while the jury was still in deliberations.

Chances are also good that Palin will now file an appeal and potentially aim her case as high as the United States Supreme Court.

Into that complicated fray wades Bill Kovarik, Ph.D., who is both a professor of communication at Radford University and a media historian.

He recently wrote an analysis of Palin’s case and where it might go from here, for theconversation.com, and he interprets some earlier precedents that may or may not play a role moving forward.

Kovarik – whom we saw last month discussing the dangerous history of leaded gasoline for the same site –  touches on such relevant elements as the First Amendment; 1964’s Sullivan standard; the elements necessary to prove actual malice in a public statement; and the recent related views of some of the justices who could wind up ruling on Palin’s case.

A local Valentine’s Day story published earlier this month describes how a love that blossomed on Radford University’s campus grew into a bond that now, nearly a half-century later, is still going strong.

The tale revolves around a Highlander, of course, but also a Hokie – Ann Sparks was the former and Robert McConnell, now 69, the latter.

The pair met at a 4-H center in Abingdon, Virginia, in the summer of 1972 and, according to the story, were not an immediate love connection: “I thought he was way too impressed with himself,” she recalled.

But McConnell, who was then in the Corps of Cadets at Virginia Tech, followed Sparks to Radford, where she was a student. A friendship grew into a romance, and just over a year later, became an engagement.

In 1974, the couple exchanged vows in a springtime ceremony, and they’ll soon mark their 48th wedding anniversary. They have three adult children and live on a 50-acre farm near Abingdon.

Now 68, Ann McConnell regularly sells homemade dinner rolls at her local farmer’s market under the nom de plume The Farmer’s Wife, and her long matrimonial experience has left her with some advice to share.

“Marry your best friend,” she told writer Joe Tennis for the story, adding, “It’s not all sunshine and lollipops. And just because something happens one day, it doesn’t mean you can’t fix it.”

The McConnells' full story ran on Feb. 14 in The Bristol Herald Courier as well as on Feb. 16 in SWVA Today.