Highlanders in the News: Week of Feb. 14

Last month, virtually as soon as word arrived that United States Supreme Court Justice Stephen Breyer, 83, will step down at the end of his current term, speculation arose over whom President Biden would nominate to replace him.

Two Roanoke-based news outlets turned to one local authority, Chapman Rackaway, Ph.D., a Radford University professor and the chair of its Department of Political Science.

Rackaway teaches state and local government, political parties, campaign management and campaign finance, and he has written books on American politics, political communication and voting behavior. Before coming to Radford in 2021, he was a political science professor and department chair at the University of West Georgia.

In a Jan. 30 interview with television station WDBJ-7, Rackaway discussed the selection process, which he feels will move swiftly. 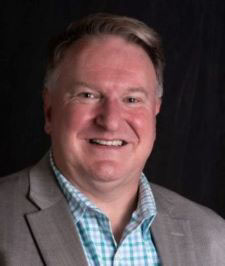 “The Biden Administration is going to try to speed this process as quickly as possible, with the razor-thin margin that they have. Fifty Democratic votes in the Senate against 50 Republican votes. If they vote as a partisan block, then Vice President Harris casts the tiebreaking vote,” Rackaway explained.

While the White House has yet to say who is in the running, Rackaway speculated on potential candidates and named two – U.S. Circuit Judge Ketanji Brown Jackson and California Supreme Court Justice Leondra Kruger. Both are believed to be frontrunners.

Rackaway also sat for a 10-minute interview on Feb. 2 as part of WFIR News radio’s “Longer Listen” series and addressed Biden’s expressed desire to appoint a Black woman to the bench. He defended the constitutionality of stating that preference in advance and put the choice into a larger context.

If the move is successful, he said, the resulting confirmation would see four women and three people of color presiding over the nation’s highest court.

“This will be the most diverse court in the history of the Supreme Court,” Rackaway explained. “There have been 115 justices … throughout our history. There have only been five women and four people of color.”

“The numbers are still very, very small, historically speaking, in having a diverse court,” he said.

Also during the WFIR interview, Rackaway addressed Breyer’s legacy after 27 years on the bench and named another possible nominee – U.S. District Court Judge J. Michelle Childs – who is now widely believed to be in contention as well.

President Biden has said he intends to announce his pick before the end of February.

Depending on the lineup, some Super Bowls are more coveted than others, but “the big game” always has a built-in audience for its commercials.

This year, NBC expected upwards of 100 million Americans to watch the broadcast, so the going rate for a 30-second spot was upwards of $7 million. 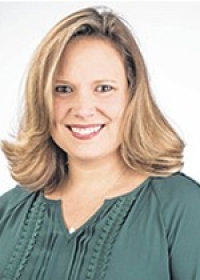 In the lead-up to Super Bowl LVI on Feb. 13, Roanoke’s WDBJ-7 ran a story about the advertising anticipation, and consulted Radford University’s director of the School of Communication, Jennifer Walton, Ph.D.

After many companies last year opted out of airing expensive commercials during the global pandemic, Walton predicted the beginning of a return from past decliners such as Pepsi and Budweiser.

Further, she identified one of the challenges advertisers face – observing traditional themes of popular ads from the past while also surprising viewers.

“We’ll still see the same things, like humor. But we’ll see it in different and unexpected ways that I think the audience will really love,” she suggested.

She also underscored the value of the commercial breaks to the mammoth annual broadcast.

“The ads really are one of the main draws. Because when you think about it, how many people are Bengals fans or Rams fans? You need to draw people in,” Watson said.

Atlanta magazine compiles an annual list of the 500 figures it deems the most powerful leaders within Georgia’s capital city. Its current list, released Feb. 10, includes a Highlander – Mike Donnelly ’88.

Donnelly is the regional bank president of Wells Fargo consumer banking operations in northern Atlanta and was one of 20 other businesspeople who rated in the banking and finance category of the list.

His is one of the company’s top three markets in total consumer households served, according to the magazine.

Donnelly also chairs the Georgia Partnership for Excellence in Education and is a past chair of Leadership Atlanta and the United Way of Greater Atlanta. He’s no stranger to the Atlanta 500 – he was previously on the list in 2021 and 2020.

“What makes this list of corporate, nonprofit, civic, entrepreneurial, religious and creative leaders the cream of the crop is more than their titles or stations at the top of their organizations. It’s the thoughtful way that they have gone about considering their work and the work of their companies — people first,” Atlanta’s guest editor, Katrice L. Mines, wrote of the honorees.

“It is obvious that they have something in common in that they understand nobody rises to the top by themselves,” Mines declared.