Highlanders in the News: Week of August 1 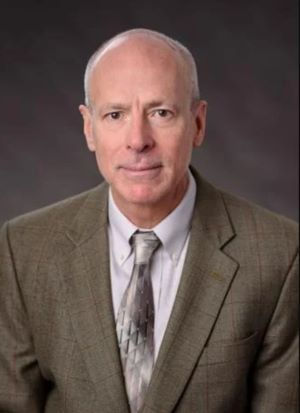 Retired Professor Emeritus of Economics George Santopietro, Ph.D., may have recently re-entered the workforce, but that hasn't prevented him from spending time by the pool this summer. In fact, his newest gig has probably increased it.

That's because he now works part-time as a lifeguard at the Christiansburg Aquatic Center.

Santopietro mentions this summer job in a July 29 op-ed piece in The Roanoke Times about the country's current worker shortage and the fact that the civilian labor force, since January 2020, has declined by a full percentage point to 62.4%.

In the editorial, Santopietro discusses possible reasons behind that drop, including a reduction of approximately 500,000 legal immigrants between 2016 and 2020.

But he also talks about his decision to do his part in combating a recent decline in lifeguards by signing up to stand watch himself.

He called the training process "intense" but praised the work ethics and employment aspirations of his chronologically junior colleagues.

"The high school and college students I work with expect to graduate to either to find a career in aquatics or pursue other careers," Santopietro wrote.

"I have been incredibly impressed ... by the maturity and ability of my fellow lifeguards, some 50 years younger than me."

ZDNet, a website that specializes in “news coverage and analysis on the trends, technologies and opportunities that matter to IT professionals,” recently rated the top 10 online colleges in Virginia and slotted Radford University neatly into the #5 spot.

Among other details, the listing notes Radford’s curriculum of online programs – seven each for bachelor’s degrees and master’s degrees – as well as its average annual cost, its 14:1 student-to-teacher ratio and its accreditation by the Southern Association of Colleges and Schools Commission on Colleges (SACSCOC).

“The school's catalog of online degrees and certificates includes a master of science in health science that can lead to a career in health leadership, public health or epidemiology,” the website’s editors wrote of Radford University.

ZDNet said it accepts no paid promotions and that its rankings are based on a five-layer review process that includes data it collects from the National Center for Education Statistics (NCES) annual survey; the results of its own Integrated Postsecondary Education Data System (IPEDS) algorithm; and the findings of its education editorial board.

“Our data-driven process identifies the top programs that meet our carefully established metrics, and our experts make sure that program offerings align with student goals,” ZDNet wrote. “Rankings are organized according to criteria developed independent from program outcomes, and rankings are updated annually to reflect only the best currently available programs.”

A field guide to "Bird"

Radford University’s Serial Killer Information Center gets referenced online quite a lot, but it recently got a shout-out from the website Digital Spy that merits particular note, especially for those in the habit of bingeing new TV shows.

Because dramatizations often must compress, reimagine or exaggerate some points for storytelling purposes, Apple makes clear its version is “inspired by actual events.”

Digital Spy’s July 22 article examines “Black Bird” and, citing Radford University’s research, breaks down key differences between the known facts – drawn from Radford’s 10-page dossier on the convicted Hall’s life – and the streaming version. It’s a spoiler-heavy overview, so if you’re watching the show now, or if you plan to, you might want to hold off until after the final episode.

“The true story is even darker than what you see on screen,” Digital Spy’s story promises, and indeed, the painstakingly detailed academic report bears out that claim.