Highlanders in the News: Week of August 8 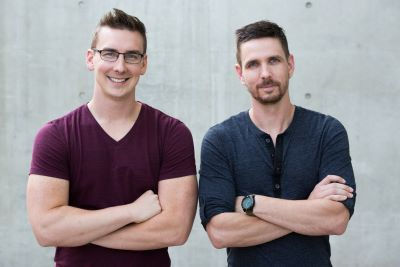 YouTube now hosts more than 51 million channels on its platform, according to Tubics.com.

At the same time, however, only about 29,000 of those user accounts have more than 1 million subscribers.

That means a fairly small percentage of the existing channels – roughly 0.057% – have actually reached the standard benchmark at which recording and uploading videos becomes, more or less, a lucrative full-time job.

All of this is merely to illustrate that competition for YouTube viewers is fierce and intensifying by the day, and it underscores the accomplishments of Ben Carlin ’12 and his brother, Jonathan Carlin.

They’re the creators and hosts of the channel Super Carlin Brothers, which offers twice-weekly videos that give viewers the siblings’ insights into pop culture topics like Disney and Pixar, Star Wars and the Marvel Cinematic Universe, Harry Potter and the Fantastic Beasts and more.

Since joining the streaming video service in April 2012, the Super Carlin Brothers channel has amassed some 2.17 million subscribers, and its library of more than 1,270 videos has generated approximately 667,000,000 total views.

His piece, “Hey, Brother,” went online July 27 and gives an insider’s view on how they got their start, then later stumbled onto the big break that sent them into the YouTube stratosphere.

It also covers their unusual method for staying active on the job (spoiler warning: they’ve mounted standing desks atop treadmills, so they can get their steps in while working), as well as their hopes for the future of their channel.

“The goal is to continue to get to do it. Day in, day out. Week in, week out. Year after year,” Ben told WSLS-TV. 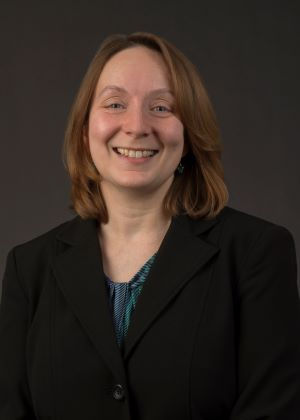 A July 30 story by WFXR news discusses an emerging designer opioid called protonitazene with a growing profile of late and which recently turned up during an investigation in Campbell County.

In writing about the drug, the Roanoke station called upon Radford University Chemistry Professor Kimberly Lane, Ph.D., for her insights.

Lane told WFXR that the new drug is three times more potent than fentanyl and that it binds more tightly to receptors in the brain. As a result, victims of protonitazene overdose require elevated levels of Narcan for resuscitation.

“It takes more to basically dissociate or kick it off of the receptor,” Lane said.

“I first heard about this maybe a year ago, and really it’s starting to become more of a concern just in the last two, three months,” she added.

“Because it’s a fairly new drug, they’re still looking at how it binds and what that might look like.”

In her academic work, Lane often examines the intersection between protein structure and function.

“My research focuses on the use of protein structure in the understanding of how proteins bind to their natural ligands and inhibitors, as well as in the design of new drug molecules,” she has written. “I am especially interested in proteins associated with cancer, cancer chemotherapies and chemotherapy side effects.” 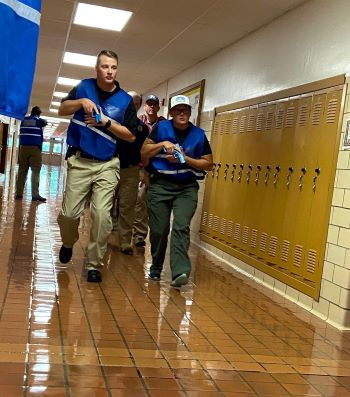 Officials from Radford University’s emergency management office were among several local teams that took part in active threat training in July and August, according to a round of recent media stories.

The programs were led by Louisiana State University’s National Center for Biomedical Research and Training and the Academy of CounterTerrorist Education, or LSU-NCBRT/ACE for short.

According to a July 29 report by WSLS-TV, emergency workers from the university joined groups that included the Radford City Police Department, Radford Fire and Rescue Department and other agencies.

Phase one was called “Active Threat Integrated Response Care,” and it sought to enhance both medical skills and communication between agencies that would respond to active threat scenarios.

“These exercises … give participants experience working under duress during an active threat event in order to develop and solidify critical decision-making skills,” according to an Aug. 1 story in The Roanoke Times. 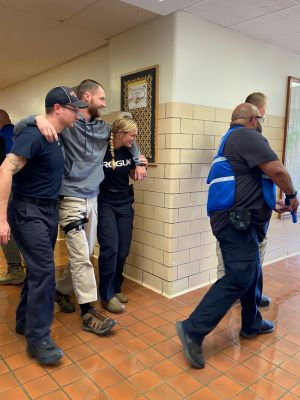 The second phase covered active threats on campus and was joined by members of Radford City Public Schools and multiple law enforcement agencies. Force-on-force training occurred at Radford High School and was also reported by an Aug. 2 article in the Radford News Journal.

“These training programs are an important part of our plan to respond to and recover from any type of crisis which may occur at the university or within the Radford community,” Radford University Chief of Police Eric Plummer, Ph.D., recently told Highlanders in the News.

“It is also important to train with our city counterparts in an effort to maintain readiness and our ability to maintain a safe and effective living, learning and working environment for our Highlander community.”